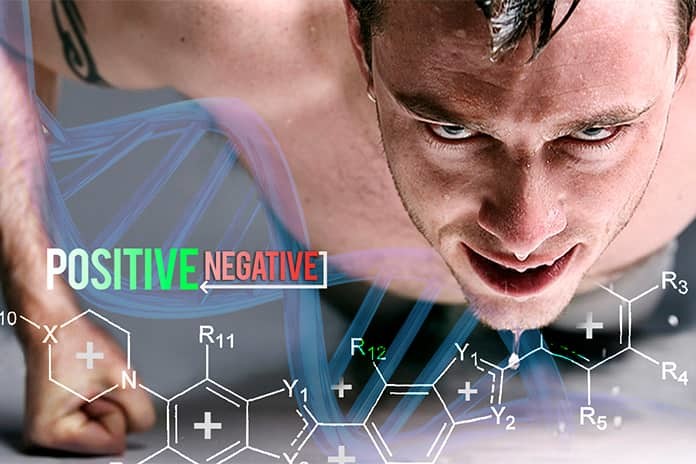 OMG! It is really surprising but true! Yes! A single session of intense exercise can create changes in your DNA.

It really feels awesome to know that our scientists are making newer and useful discoveries each day! First of all, we wish good luck to all the scientists around the world and hope they keep coming with more useful information for the entire human kind.

Well, Swedish scientists have unveiled an important secret about DNA (Yes, You can Change Your DNA), the building blocks of life. They have presented reports saying our DNA changes when our bodies go through rigorous exercise. Since our childhood, we have been listening and following the rules of getting a healthy life through a regular exercise schedule. But the secret of how that healthy life is actually attained through exercise has been revealed, now!

What Do Scientists Say As per the Recent Research on DNA?

We often say, “You are what you eat”. Well, muscle adapts to what you do. If you don’t use it, you lose it, and this is one of the mechanisms that allows that to happen.

The Swedish Scientists have explained that the structure of our genes experience changes when muscles get involved in workout. In fact, what happens is that our genes continuously keep turning on and off as per the biochemical signals that is sent to them by our body.

Scientists found that when we exercise, the activity of some of the genes (associated with muscles) raised. This recent study says that genes can be controlled by cells in the process of turning them off. During this procedure of genes turning off, methyl groups, a type of chemical components get added to the DNA.

When these methyl groups are taken away, the gene gets activated. On this stage, the cell can transform the information in DNA into enzymes which aid in augmentation of oxygen consumption. During the study, few volunteers including young men and women were asked to do ride an exercise bike for around twenty minutes. Later on, the biopsies, taken from the muscles that underwent exercise, showed that they had comparatively less methyl groups attached to the DNA. This in turn, means that those muscles had adapted themselves to the metabolic requirements of exercise.

Do Not Get Confused Between DNA & Genes

DNA works as the carrier of genetic information. Our appearance and cell functions are mainly related to the DNA that we inherit from our parental side. DNA is actually a chemical which helps in the formation of chromosomes. These chromosomes can be located within the nucleus that is the center of all cells. Genes are the basic inheritance units and are present in abundance inside the chromosomes.

Back to Basics – What is DNA

DNA stands for deoxyribonucleic acid. It is found in almost all living beings. It is responsible for transferring hereditary information from one generation to other. DNA is the main component of chromosomes and is present in the nucleus of a cell. Almost all cells in one human body contain similar DNA. DNA itself consists of four chemical bases. These chemical bases are called A, G, C and T. Here, A stands for adenine, G stands for guanine, C for cytosine T for thymine.

Let us now discuss some amazing but true facts related to DNA.

1. Our DNA Can be Extended from Earth to Sun about Six Hundred Times

If the human DNA is unfolded and connected jointly, each DNA string from a single cell would be about six feet long. Do you know what does that mean? Well, it means our DNA can be extended from earth to sun about six hundred times.

Yeah! That’s quite amazing but true! Because of DNA, we are 99.9 percent similar to each other and we should be thankful to God for that because that is what made us humans.

3. Human are similar to Chimps! Really?

If we compare the DNA composition of chimpanzees and human beings, we will find that we are around 98 percent similar to chimpanzees. But the remaining 2 percent is what that makes us different and wiser than chimpanzees.