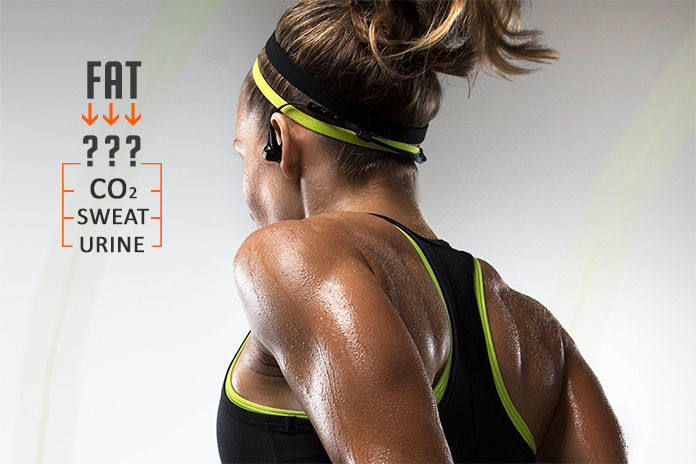 When we work hard and do physical exercises, we shed off those extra calories. Have you ever given it a thought that where does that weight disappear? Or what is the fate of the fat after weight loss? Where it goes and how?

Till now, there have been different theories for that. One of the theories says that the fat cells shrivel when weight is lost. Another theory suggests that it used as energy in doing various tasks. Another popular belief said that it gets converted into muscles. But a recent article in BMJ (British Medical Journal) denies all these misconceptions and has provided a totally new theory with strong logical background. It says we exhale most of the fat when we lose weight.

Andrew Brown and Ruben Meerman have opined about the question – where fat gets lost when weight is lost? Brown is a renowned biochemist from the University of New South Wales while Meerman is a former physicist and also a popular Australian TV star. In the article of BMJ, Brown stated there’s “surprising ignorance and confusion about the metabolic process of weight loss.” “The correct answer is that most of the mass is breathed out as carbon dioxide,”. Further, Meerman said, “It goes into thin air”

Let Us Rewind for a Better Understanding

To understand things in a better way, it is quintessential to take a quick glance at the basic information. 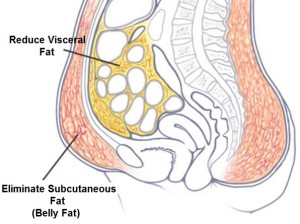 The surplus amounts of proteins and carbohydrates get transformed into triglycerides. Triglycerides are made up of the trio as carbon, hydrogen and oxygen. These triglycerides accumulate in fat cells.

Why is Fat Formed?

Before we discuss how fat gets lost and where does it go, it is equally important to know that why do we get excess fat. The answer is simple. When calorie consumption surpasses calories dispersion, fat is formed. In other words, when we take excessive calories but do not utilize it in any activity, our body converts these calories into fat.

What Happens When We Lose Weight?

All of us require energy to do any kind of activity or task. So, where do we get this energy from? Of course, we get it from the food we consume. As far as the body gets food supply, it gets its energy from outside, i.e., the food that we take. But as soon as there is shortage in this supply, the body begins taking energy from within. When we do rigorous physical activities or exercise and limit our excess calories’ intake, the body starts taking energy from inside.

In a situation where our body starts getting energy from the fat cells, the triglycerides start getting liberated. The breaking of fat or the liberating procedure provides four products from every triglyceride. These four products include three fatty acids and one glycerol.

The size of the fat cell reduces when the number of liberating triglycerides increases. These fat-breaking products can be oxidized like fuel for the production of energy.

What this New Information Reveals?

Till now, all of us have known that fat can be used to produce energy when oxidized. The recent studies and experts’ opinions have further added a new value to this information. It says that during the procedure of fat breakdown, one triglyceride (TG) molecule gets transformed into a cluster of carbon dioxide and water.

The recent article in the British journal says that if someone loses 10 kg of weight, it means 84% of fat is exhaled as carbon dioxide while 16% of fat comes out as water in form of sweat, urine etc.

The main conclusion of the whole article is that when we lose weight, most of the fat is exhaled out in the form of carbon dioxide. The remaining amount of these lost calories comes out in the form of body fluids. The new studies and researches will keep rising with time but one thing is for sure.

If we eat healthy, stay stress-free and follow a healthy lifestyle, we would definitely attain a healthy and long life!