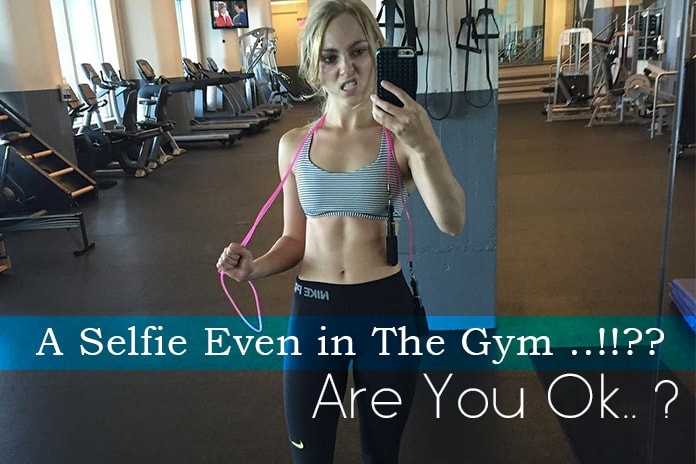 Gym Selfie – Why do we take selfies? Why are we obsessed with our looks and why do we need to post those annoying looking pics all most everywhere we can think of? WWHHHYYYY??? How does observing your image or sending your selfies to your friends or family boost your EGO?

That is a question worth pondering on. Studies have revealed that people who are obsessed with the shutterbugs have psychological problems, YES, that’s right, it is a disturbing thing, isn’t it?

Related: A Glass of Red Wine Is Equals to One Hour of GYM! Study Says.

In the recent study conducted by the Brunel University, it was revealed that people who are always clicking their pictures, especially while working out in the gym are actually fueled by narcissism, in other words, it means such people have psychological problems which give them pleasure while doing so.

First, they click, then upload it on their timeline and then wait for the likes and comments on the pictures. This is what everyone is doing with its gym selfie.

No doubt, the light in the gym and pumped up muscles look better when immediately clicked, but still, if you are using it as motivation it is still all right, but if you are posting it on the social networking sites for others to see, it is not all right. 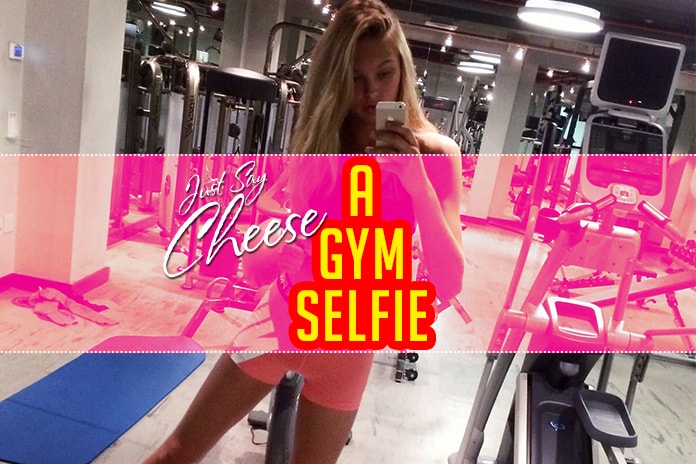 LET’S be specific here that not every person who takes such selfies can be termed as egocentric and self-absorbed simpletons.

Celebrities like to take pictures of their every activity, whether it is their day out on with family, or their working out pictures. However, still, that’s their job at the end of the day to look good and propagate themselves. People follow their favorite celebrities blindly and fall into this trap where slowly but gradually become addicted to clicking all the time.

The figure or statistics reveal that the number of selfies taken every day has been increasing rapidly and speedily. Facebook and Twitter are one such platform where people update their status about the diets and exercise regimes. Now, here you have to understand the amount of effort they are putting into broadcast their physical appearances.

Personality traits such as extroversion, neuroticism, openness, agreeableness, and conscientiousness were measured by a survey, and it was revealed that people who posted umpteen times on Facebook have low self-esteem and suffer from a compulsive disorder.

What makes a selfie so intriguing and why are you compelled to pose again and again? According to certain psychologists, the desire to take, post and get appreciation in the form of likes and comments is human nature, and that is what we humans are wired for since centuries.

Overall, it is all about control and creating a balance between opening your mind to new things and understanding it well. As the saying goes, anything in excess is bad.

In any case, to feel good about your body or yourself, you do not need pictures at the end of the day. Stop taking gym selfie now.

Also Read: Where Dose The Fat Disappear When We Lost Weight?