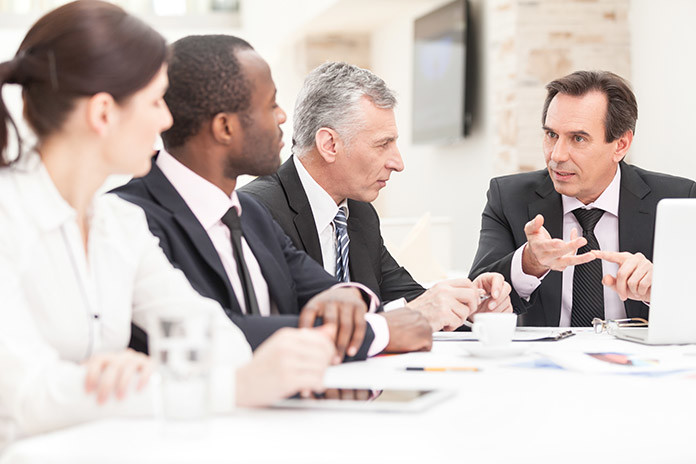 Top Business Languages – “You Live a New Life for Every New Language You Speak. If You Know Only One Language, You Live Only Once”, says a famous Czech proverb. This proverb beautifully describes the importance of learning new languages. However, there are several other important reasons to learn few languages that are counted as top business words.

The growing international markets, the advent of newer technologies and business dependency on other countries have created the need for learning top business languages.

Hence, in this article we are providing you a list of top business languages that help you grow and benefit in the international business scenario.

In a quick glance, the significance of English language can be evaluated through the following facts:

These facts sum up all the reasons as to why one needs to learn and understand English if he or she wants to survive and grown on the global business platform. This is also most important and top business language for everyone.

One of the important mindsets that can improve business & life include the ‘never give up’ attitude. We say this because certain languages like Russian can be a little complicated to learn but if you keep trying; your efforts won’t go waste!

It is a fact that the Russian language is comparatively a difficult language to be learnt, but once you learn it, you equip yourself with a quality that will give you immense benefits. Russia is one of the greatest economies in the world and hence if full of many business opportunities.

Even Russian businessmen want to do business with other countries, but the problem is that most of them, do not know much English and feel more comfortable speaking their native language, that is, Russian.

Understanding significance of Russian language in a quick glimpse:

French is an amazing language that should be learnt by anybody who is looking forward to expanding his business on a global stage.

Some important facts related to the French language, include:

The status of Japan for brilliance in business is known to everyone. The country excels in technology, technical skills and innovation.

There are many reasons as to why one should learn Japanese. Some of them are:

So being able to speak in Japanese increases the probability of communicating in a better way with them. Moreover, of course, better communication means better business chances! Even if someone knows Japanese at a basic level, he may have better chances of winning sales of Japanese companies.

Spanish is an amazing language to learn, especially for those who want to spread their business wings in the United States or anywhere in the Western hemisphere.

Importance of Spanish can be understood in a quick glance at these facts:

Hence, knowing Spanish is helpful in winning businesses over there.

The good fact about this language is that, in comparison to its spoken forms, the Spanish writing forms are more similar than other languages and undoubtedly, this makes it simpler to learn.

‘Continue learning’ is one of the top behaviors of unstoppable entrepreneurs. Anyone who wishes to get successful in life should try to learn something new each day. Though any new language cannot be learnt in just a day surely, the devotion of few hours for a couple of days would make you learn the basics of any language.

China is one of largest trading partners of the United States. Presently, around three hundred various types of languages are spoken in China. However, the official language of China is Mandarin.

Another name in the list of top business languages that can help you go places includes German. Germany is one of the strongest economies in the world, the second largest exporter of the world and the largest economy of Europe. Germany is regarded as a source of economic inspiration on the global economic stage.

The image surrounds the country for excellence, wisdom and craftsmanship. We all know about certain German companies which rule their related businesses.
Anyone who wishes to make special place by doing business with German companies should learn German.

German is the most commonly spoken language in Europe. Therefore, if you want to establish your business roots in Europe, learning German would be fruitful.

Many of you might not be aware that Portuguese is also one of the widely spoken languages of the world.

Some of the important facts related to Portuguese are:

So that means it can open doors of business opportunities for anyone who knows Portuguese.

Arabic is the fifth most spoken languages of the world.

Globalization is shrinking the entire world. In such a scenario, anyone who knows more than one language will get an advantage over others who don’t! Learning any of the above mentioned top business languages would surely help you win businesses on an international business stage.

By the way, how many languages do you know? What is your opinion about the top business languages? Do write to us. We are waiting eagerly to listen from you!

The People Who Can Destroy Your Business