Christian Bale Workout – Did you also get mightily impressed by the physique of Christian Bale when he appeared as the dark knight in Nolan’s Batman trilogy? Have you ever dreamed of becoming Batman yourself and save your city when you were a child? Of course, you did.

However, you need to get insanely fit, strong, and agile if you want to have a body like Batman and that too the one played by Christian Bale. And this exclusive Christian Bale workout could help you exactly with it provided you be ready to commit wholeheartedly to this grueling training routine and diet plan.

So, get ready to work hard in the gym like you probably have never done before. Get ready to push your body to the maximum limit. Get ready to experience extreme pain and soreness because the Batman workout is not a piece of a cakewalk. 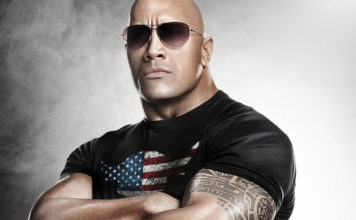 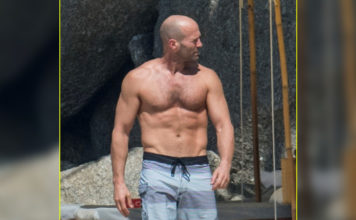 Even if you are skinny, you can put on real muscle and develop immense strength and power if you can follow Christian Bale. This is because he had already done that himself when he started preparing for Batman Begins after completing The Machinist. 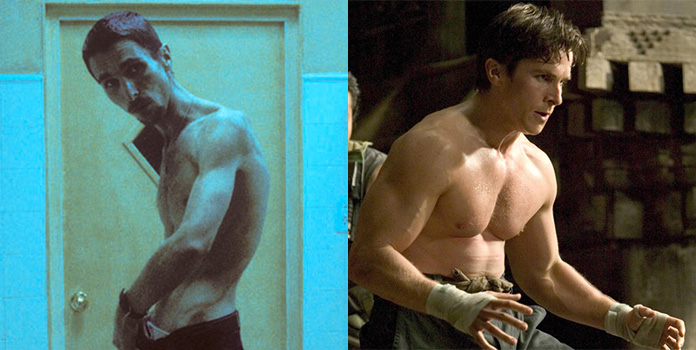 Christian Bale shocked everyone with his physique in the Machinist when he weighed just 121 pounds. Reportedly, he was on a diet of apple and tuna only while preparing for the role of a skinny, insomniac guy in that movie. Due to this extreme starvation and loss of muscles, the metabolism of Bale had become very sluggish at that time. However, the actor had to prepare for his next role in Christopher Nolan’s Batman Begins with only six months remaining.

Once again, the dedicated actor defied norms and risked his health by putting on nearly 100 pounds in just six months. He gradually increased the intake of calories while doing grueling workouts in the gym. Since he had to play the role of one of the best and fan favorite superheroes, Batman, his workouts were designed accordingly.

After all, Batman does not have to look just good but also be lean and mean enough to chase and beat the crap out of bad guys! Hence, Christian Bale workouts included a combination of power movements, weight exercises, sprints, strength, and endurance. Check out this extreme workout below: 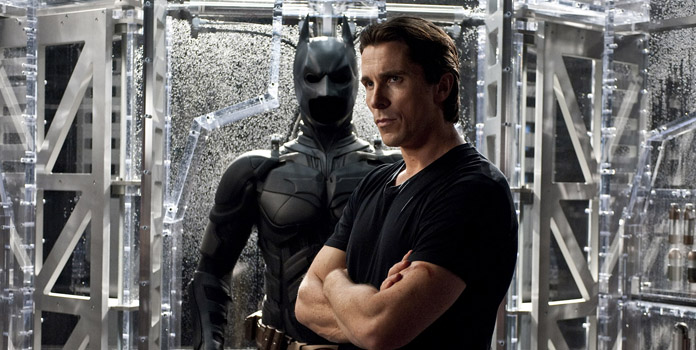 When Bale was preparing for Batman, he incorporated a variety of exercises in his routine. It was not just traditional bodybuilding routine like in Hugh Jackman workout or Dwayne Johnson workouts. Why? Because HE IS BATMAN (in that deep, husky voice!).

Batman needs to be fast, strong, agile, and powerful to deal with the nasty villains of the DC Universe. His workout was divided among intense power works, heavy lifts for strength, sprinting activities, and active rest days.

Let’s have a look at the general Christian Bale workout while he was preparing to be Batman in front of camera:

Power training involves explosive movements in which you have to exert maximum strength in the shortest period. These moves engage fast twitch muscle fibers giving you a heavy dose of power as well as strength. It is also known as high-speed strength exercises. Naturally, if Batman needs to throw quick yet dangerous punches at Bane, power training forms the major staple of his workout routine.

The main exercises done by Bale on these days include:

Power Cleans- This is one of the best power movements often done by professional athletes to build explosive strength. You must do this exercise only under the guidance of a professional coach.

High pulls- High pulls are quite similar to Power cleans but do not involve turning over the barbell to catch it near your shoulders. If you are a beginner to powerlifting, you must start with high pulls before moving to power cleans.

Jump squats- Jump squats are usually done with body-weight where you do a standard squat and jump explosively to come to standing position while engaging your core muscles. To develop power and strength, you can also add proper weight to this exercise.

Explosive bench press- You will need a smith machine bench press to perform this exercise. While doing the pressing movement, you throw the rod into air and catch it on top again. Use the momentum to bring down the rod to your chest and then repeat the explosive movement.

You must have seen Christian Bale quickly moving around the criminals while taking them down in the blink of an eye. Despite wearing a heavy suit and having a muscular physique, Batman is quite quick in his movements, thanks to the speed and agility exercises of the dark knight workout.

Sprints- Sprinting is the best activity to develop speed and agility. Batman workout involved five sets of 30m sprints with 1-minute rest between sets. Then, you have to sprint for 40m in a set of 5 with the same rest period. Give a rest of 120 seconds between 30m and 40 m sprints.

Richochets- To do these exercise, mark a 2ft square on the ground and jump from one corner to another as fast as you can. Continue jumping for 2 minutes and then take a rest for 30 seconds. Repeat the sequence for a total of 30 minutes of ricochets.

Free Hand Jump Squats- Do body-weight jumping squats for 1 minute continuously. Take a break of 30 seconds and repeat it again. Do five sets, and you will see how tough it is to become like Batman!

Squat: Do three sets of 10-12 repetitions each with barbells. Increase weight in each set while decreasing number of repetitions with 12 reps in first, 10 in second, and 8 in third.

Bench Press: Standard bodybuilding exercise done with barbells. It is the king of chest exercises which you must incorporate in your weight routine even if you are not training to save the Gotham City.

Deadlift: Deadlift is the ultimate lifting movement which engages your quads, back, and core muscles. Keep your lower back neutral with a natural arch while doing this movement.

Barbell Lunges: Aim for ten repetitions in each set and complete three sets of this exercise to work out like Batman.

Military press: Military press or overhead press is the ultimate exercise to build muscular shoulders and increase arm strength. Do this with a barbell or dumbbell in a seated or standing position depending on your comfort level.

Batman cannot afford to take rest because he is fatigued due to his workout. He needs to get his ass up every night to fight the Joker, Riddler, and other villains and need to be at his peak potential. That is why the Batman workout involves one day of active rest which will allow the body to recover without any period of inactivity. On this day, you can engage in fun and relaxing activities like aqua jogging, swimming, yoga in addition to static stretching to relieve any tension in muscles after bodybuilding workouts.

1. Balance of fat, protein, and carbohydrates

If you are playing the character of one of the most badass superheroes, your diet should resemble that in real. Christina Bale consumed macro-nutrients in the ration of 1:2:3, i.e., for every one portion of fat, he would consume two parts of the protein and three parts of carbohydrates.

Since the Batman workout includes a fairly massive amount of muscle building, you need to consume enough protein preferably 1 to 2 grams of protein per pound of body weight.

2. Quality and Timing of Carbohydrates

Christian Bale consumed a major portion of carbohydrates in the morning itself after the workout. The carbs were obtained from low GI foods like dark, green leafy vegetables, sweet potato, and others. This ensured a stable insulin level while meeting the energy demands of the body.

Bale consumed foods and snacks in every 2-3 hours to keep the metabolism of the body up. After all, Batman needs to continuously supply energy to his body and cannot afford to go hungry for an extended period.

When you follow the above Christian Bale workout and his diet plan, you will be amazed to see fantastic results within few months. Do not be discouraged if you do not see a Batman body in the mirror in just one month. Commit to a training routine and clean your diet.

The magic will happen gradually, and soon your friends will begin complimenting you on your amazing physique. Do not forget to tell them the secret behind it by sharing this article and challenge them to do this Batman workout with you! 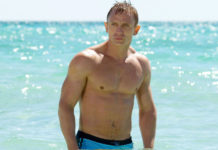 He is the Real Life ‘Sultan’ of India- Devendra Jhajharia

17 Evergreen Christmas Songs That You Will Never Get Tired of...

15 Handmade Valentine Cards That You Can Make Quickly At Home

Did You Know Why is Christmas Celebrated on December 25? 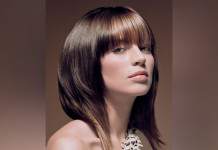 Everything You Need To Know About Medium Length Hairstyles 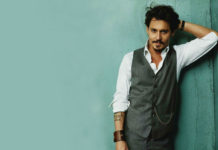 Long Hair Hairstyles For this Season

20 Short Curly Hairstyles that are Always in Vogue!

The Best Mehndi Designs for Hands 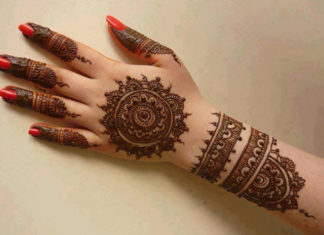 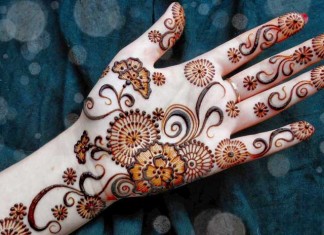 16 Top Arabic Mehndi Designs To Try Out For All Occasions 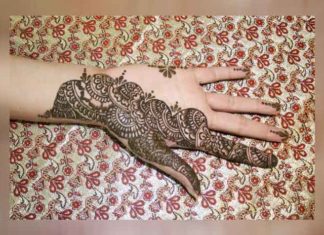 Style
Arabic Mehndi Designs - The trend getting one's hands tattooed with henna is slowly seeping through the sensibilities of women all over. The elegance...

The Best Small Tattoo Ideas for Men and Women

Angelina Jolie Tattoos that will Inspire You