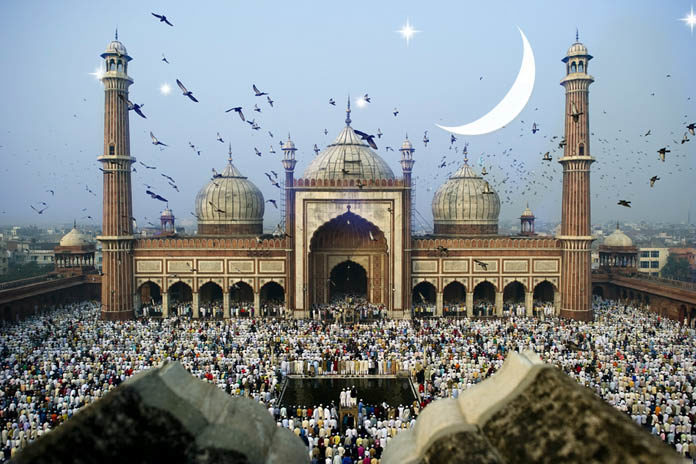 Eid Al Adha, also known as Bakr-Id marks an incredibly important occasion for Muslims all over the world. On this day, Muslims celebrate and remember the sense of sacrifice shown by Prophet Ibrahim when Allah asked him to sacrifice his son.

The elaborate festival can go on for 4 days in many places and falls in the last month of Islamic calendar. This year Eid Al Adha will be celebrated on September 13 2016. On this occasion, we bring you 11 lesser known but interesting facts about this significant festival:

Story behind Eid-Al-Adha is common between Islam, Christianity, and Judaism

Eid Al-Adha commemorates the spirit of sacrifice of Prophet Ibrahim. Interestingly, the story also appears in the holy book of Judaism called the Torah and in the Bible’s Old Testament. In these books, Ibrahim is often depicted as Abraham who is also a Prophet and messenger of God.

It is said that Ibrahim had a son called Ishmael which he had got after a lot of devotion and prayer to Allah. Once, Allah decided to test the faith and love of Ibrahim towards him. He showed him a dream of his 13-year son being slaughtered by him in service of Allah. Ibrahim had these recurring dreams and realized that Allah wanted him to sacrifice his son Ishmael.

He shared his dream with his son Ishmael. Despite being a 13-year-old kid, Ishmael willingly agreed to become a part of the sacrifice as he believed in Allah.

Just when he was about to sacrifice his son, Allah called out to them and prevented Ibrahim from sacrificing as he had selflessly agreed to sacrifice his most prized possession for Allah. Instead, He asked to sacrifice a ram or sheep in place of his son to keep the sanctity of the word.

Notably, Ibrahim had traveled to the holy city of Mecca with his family to sacrifice Ishmael for Allah. He apparently took his son to Mount Arafat for the sacrifice where Allah had prevented him from doing so. Hajj takes place in the last month (Dhu al-Hijjah) of Islamic Calendar and commemorates that journey. At the end of Hajj, Eid Al Adha is celebrated.

The annual pilgrimage of Muslims, Hajj is the journey of Muslims all over the world to the holy city of Mecca. It is one of the five pillars of Islam with other four being Shahadah, Salat, Zakat, and Sawm.

Every year around 3 million Muslims visit Mecca in Saudi Arabia for Hajj. Hajj means “to intend a journey” and denotes the physical as well as the mental willingness of people to visit Mecca.

It is said that every Muslim must go on Hajj once in a lifetime to offer his prayers to Allah and ask for His forgiveness for committed sins. They say a person is then born fresh without carrying over the sins of his past in new life.

3. Eid Al Adha is celebrated in the 12th month of Islamic calendar 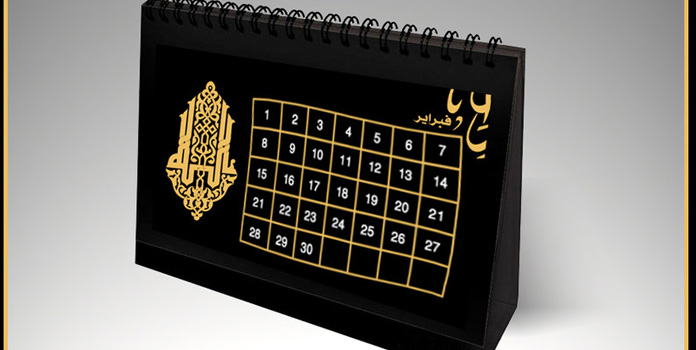 Moreover, the dates of Eid Al Adha are mostly never known in advance. Only renowned Islamic committees announce the date of Eid depending on the position of moon observed by naked eyes.

4. It is also called as Greater Eid and Festival of Sacrifice

Muslims celebrate their most important festivals twice a year. First is the Eid-Al-Fitr which is the end of fasting period of Ramadan. Eid-Al-Fitr roughly falls two months before the Eid Al Adha or Bakr-Id.

However, Eid Al Fitr just celebrates the ending of a month-long fasting period and the main Eid celebrated by Muslims is Eid Al Adha.

That is why Eid Al Adha is also called as Greater Eid. Due to the reason behind the celebration of Eid Al Adha (story of Ibrahim), people also call it as Festival of Sacrifice which denotes their selfless devotion to Allah.

5. The festival lasts for more than one day

Unlike Eid Al Fitr which lasts for only one day, Eid Al Adha may last for two to four days depending on the country. It starts from the tenth day of 10th day of Dhu al-Hijjah- the last month of the Islamic month.

Dhu al-Hijjah means “possessor of the pilgrimage” signifying the annual pilgrimage of Hajj. The festival ends on the final day of Hajj which is on the 13th day although sometimes people break their fast in the evening of the 12th day.

6. The reason behind sacrifice of sheep is symbolic rather than literal 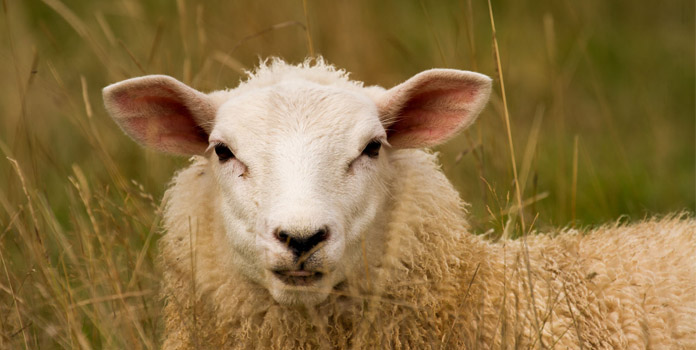 Many non-Muslims often see the act of sacrificing an innocent animal a cruel act and against the philosophy of God loving every living being equally.

However, according to Islam, this act of sacrifice does not mean that God wants any ill of people or animals. Neither Islam suggests the idea of sacrificing the life of a person like Ibrahim considered to sacrifice his son Ishmael.

The sacrifice denotes that you have to be willing to let go of even your most prized possessions in service of the Almighty. Although the practice of slaughtering is still carried on a massive scale the deeper meaning is the sacrifice of attachment to material desires, possessions, and other things for greater devotion to the God.

Muslims need to recite a special prayer called Tusmiya before slaughtering the goat or ram. They also need to ensure the highest quality of animal with prime health for sacrificing. The animal is called Udhiya which is an Arabic word meaning “the sacrificed.” The meat also needs to be obtained from a particular procedure called Halal which involves a deep cut on the neck. It is done to sever the jugular veins and carotid arteries completely.

8. Rule of thirds for meat distribution

According to Islamic traditions, Muslims divide the meat of slaughtered animal in three parts. They eat one-third of the portion and give another third to their friends and neighbors. The remaining portion is distributed to the poor and hungry people. The whole idea behind the philosophy is not to let anybody go hungry without any meal on that day and promote the spirit of giving among people. 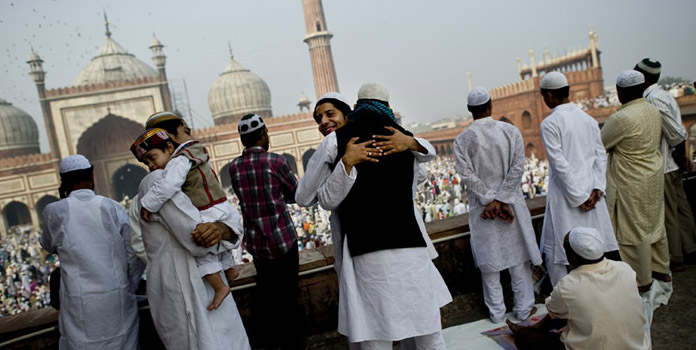 Muslims all over the world celebrate Eid Al Adha with immense enthusiasm and joy. Those who can afford a healthy animal like ram, sheep, cow or goat can also perform the sacrifice and donate meat, other people. Many families also give money to charities that work for poor.

They dress in new clothes read Namaz at the mosque with fellow Muslims and exchange gifts. They also visit homes of their friends and relatives on this occasion. The whole day is filled with festive celebrations and merry-making among friends and family members.

10. A Different Road to Home from Mosque

There is a peculiar tradition in Islam during Eid Al Adha. On the first day of the festival, Muslims visit local mosques for their morning prayers. While returning home, they must take a different route than what they took to go to the mosque from home.

11. Food and cuisine prepared on Eid Al Adha vary from country to country

One of the important traditions of Eid Al Adha involves a lot of different delicacies. However, you may find a difference in these delicacies and the method of cooking them from country to country.

For example, Biryani is famous in Southeast Asia whereas kebab forms the main dish in Turkey. In Arab countries, they prefer mutton that is cooked on slow fire with an abundance of garlic, cumin, and onion.

Eid Al Adha is the most important and widely celebrated festivals in Islamic tradition. In a world where people are becoming more and more materialistic, this festival teaches us about the importance of sacrifice and giving.

Not only Muslims but people from other religions can learn crucial lessons in sacrifice and faith over the God irrespective of their situation in their lives.