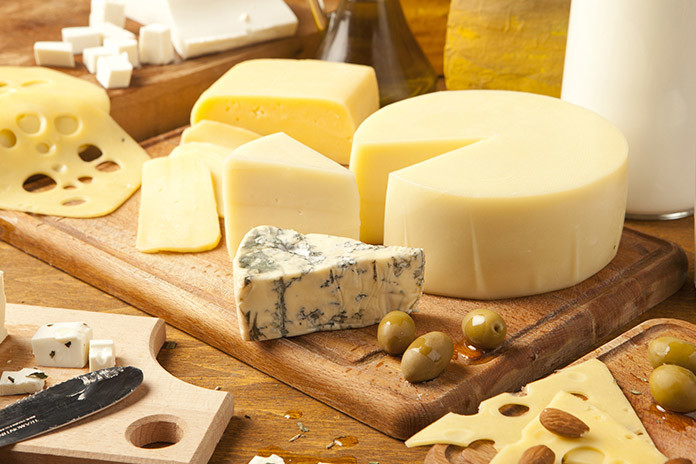 Is Cheese Healthy? – Okay! We have messed up with our diets. Firstly, there was too much of everything. And now, we leave food groups behind. The whole fad of eating only protein, or having only fats, or eating just meats or leaving dairy and gluten for weight loss and presumably to ‘stay fit’ has made us even unhealthier than before.

And then, there’s so much of information all around that we no longer know about the heart-healthy foods. So, we are just cramming up and using the information that random people, uninformed friends, and self-proclaimed health gurus throw at us. In fact, a lot of us have stopped eating cheese! Yes, the gooey, creamy, textured cheese that adds a burst of flavor to any dish.

But you know what the truth is?

Well, the truth is that you should eat more cheese for your heart. Oh yes, it’s heart healthy. And no, we are not endorsing a random diet here! In fact, we have a scientific study to prove it. A group of Danish Researchers recently confirmed it.

It all began with the French-Paradox. This term is a catchphrase that’s used to describe the observation that French people, despite eating a diet high in saturated fats have a lower incidence of heart diseases in comparison to countries and communities around the world.

Now, the difference is here that high consumption levels of fats lead to CHD. So, why aren’t French people are affected by the theory? This thought was the premise behind the study. During their study, Danish scientists found out the reason cardiovascular diseases aren’t common in French- they eat cheese!

Yes! Cheese, food that’s quite high in saturated fats. In fact, French lead the world in cheese consumption. The study followed a team of 15 young to middle-aged males, divided into groups of three different diets. Their diets were followed for two weeks and had the same amount of calories. But there were following differences in the diet,

Once the diet had concluded, the scientists studied participants’ urine and feces to check the impact of the diary. They found out that men who consumed milk and cheese excreted short chain fatty acids, which were anti-inflammatory in nature and they had TMAO molecule at quite low levels.

This molecule is made by the stomach microbes that break animal based foods. In fact, the microbe is linked to cardiovascular disease. But an analysis of the excretions helped scientists to speculate that cheese consumption led to gut bacteria making short chain fatty acids and least damaging form of TMAO, which helped in reducing their risk of developing CHD.

So, is cheese healthy?

According to the scientists, it may be healthy. Food Matters writer and post-doctoral scholar Kevin Bonham believes that the study presents a suggestive link between cheese and heart health. And Gokhan Hotamisligil at Harvard School of Public Health agrees.

According to him, the exchanges between cheese and protective effects in cardiovascular diseases found in this study align with other studies in the field.

This is despite the fact that a dairy company funded the survey. In fact, he stated that as a cheese lover, he loved reading these findings!

Also Read- 64 Cooking Tips That Make You A Better Cook

So, is cheese good for you and heart?

Well, yes, especially if consumed in average quantities. After all, you don’t have to go overboard with it.

And is cheese good for heart patients?

It is certainly recommended that patients with heart disease should consult their practitioner before embarking on a rich cheese diet. A doctor can also inform you the kind of cheese that’s more suitable for your health. And meanwhile, you can enjoy knowing the surprising health benefits of cheese,

Apart from cheese, what other heart healthy foods can I eat?

Make your grocery list and shop for these heart-healthy products as well,

So, which of these heart healthy foods do you like to eat? Have a healthier diet instead of leaving out food groups. Eat non-processed foods and keep moving- that’s all you really need to lose weight and stay healthy!