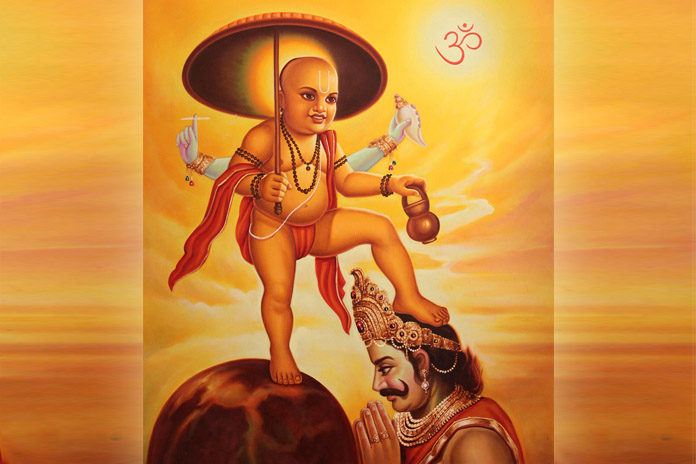 Onam Story – A dwarf Brahmin turns into a gigantic size and covers heaven and hell in two steps and looking for the place for his third step. A benign King offers his head, and the Brahmin pushed him to the ground sending him to nether lands.

However, King asks for the permission to visit his people once in a year and the Brahmin, who was Lord Vishnu agrees to it. This led to the festival of Onam every year when people remember this Onam story and welcome their King with celebrations and merrymaking.

There are many hidden and valuable lessons in this story of Vamana and Mahabali which led to Onam festival. People in Kerala celebrate Onam to welcome the mythical, beloved King Mahabali who is said to visit his people every year on the day of Onam.

This mythological story of Onam festival is absorbing and can teach you valuable lessons about life. Read on to discover the full Onam story in detail along with the major learnings from the events:

1. Extra Power May Lead to Ego Boost and Greed

According to the legend, King Mahabali was an Asura (Demon) King who loved his people of Kingdom very much. In his reign, everyone lived happily in peace and happiness. People never cheated anybody and were treated equally. It was a perfect Utopian society under King Mahabali.

Soon the reputation and fame of King Mahabali begin to reach everywhere including to the Gods in Heavens. The Devas started growing jealous of this increasing popularity of a demon king. Mahabali continued to grow in power and was able to extend his rule to heavens as well as nether lands. He even defeated the ruler of Heaven, Indra and wrongfully occupied his place in the sky. 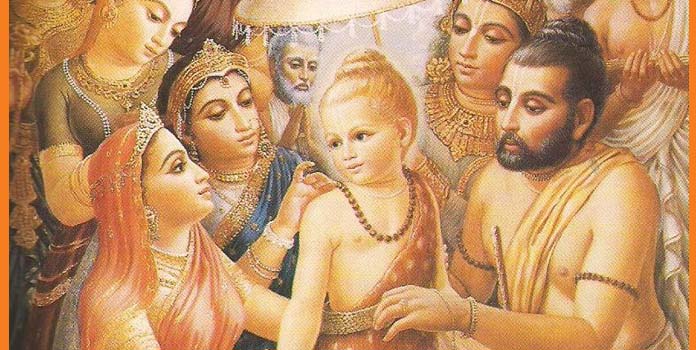 3. Always Pay Attention To Your Teacher

Vamana went to King Mahabali who was then performing a yajna. Vamana impressed the mighty King with his wisdom. The King granted him a wish despite the concerns of his preceptor Shukracharya. Shukracharya had warned Mahabali that Vamana was not any ordinary person and in fact God himself.

However, this did not deter Mahabali from his word. The dwarf Brahmin asked for a land measured by the stride of his three steps. The King, thinking that since the Brahmin is a dwarf, the three steps will be of tiny significance, agreed to fulfill his wish.

Vamana then increased his size to gigantic proportion and covered the entire heaven in the first step. In the second step, Vamana covered the nether lands with last step remaining for the earth. King Mahabali, to protect his people of the Earth, offered his head for the third and final step.

5. Humility Never Goes Out of Style

Lord Vishnu pushed the King Mahabali into the ground sending him to the netherworld. However, the God was immensely impressed by the humility and love of Mahabali towards his people. So, he allowed Mahabali to return once in a year to meet his people.

Onam celebrates this homecoming of King Mahabali. Remembering the Onam story, people pay their tribute and welcome the benevolent ruler who sacrificed his life to protect his people. They celebrate Onam to remember the peaceful times at the time of Mahabali.

In addition to the lessons from this Onam story of Vamana and Mahabali, the significance of Onam also inspires to inculcate those values of truthfulness, honesty, integrity, and peace once again so that Mahabali can see his subjects happy when he returns on the day of Onam. You will also be amazed to know about the grand Onam celebration in Kerala.