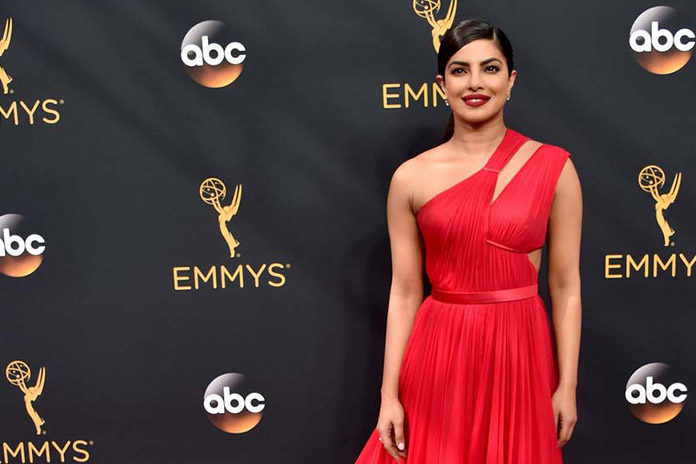 Priyanka Chopra In Red Dress at 68th Emmy Awards 2016 – Indian desi girl and now an International celebrity, Priyanka Chopra stunned everyone on Sunday night when she appeared in a scarlet red gown on the red carpet at the 68th Emmy Awards. The Quantico star looked sizzling hot in a one-shouldered gown designed by Jason Wu. She completed the gorgeous look with a sleek side-parted ponytail. 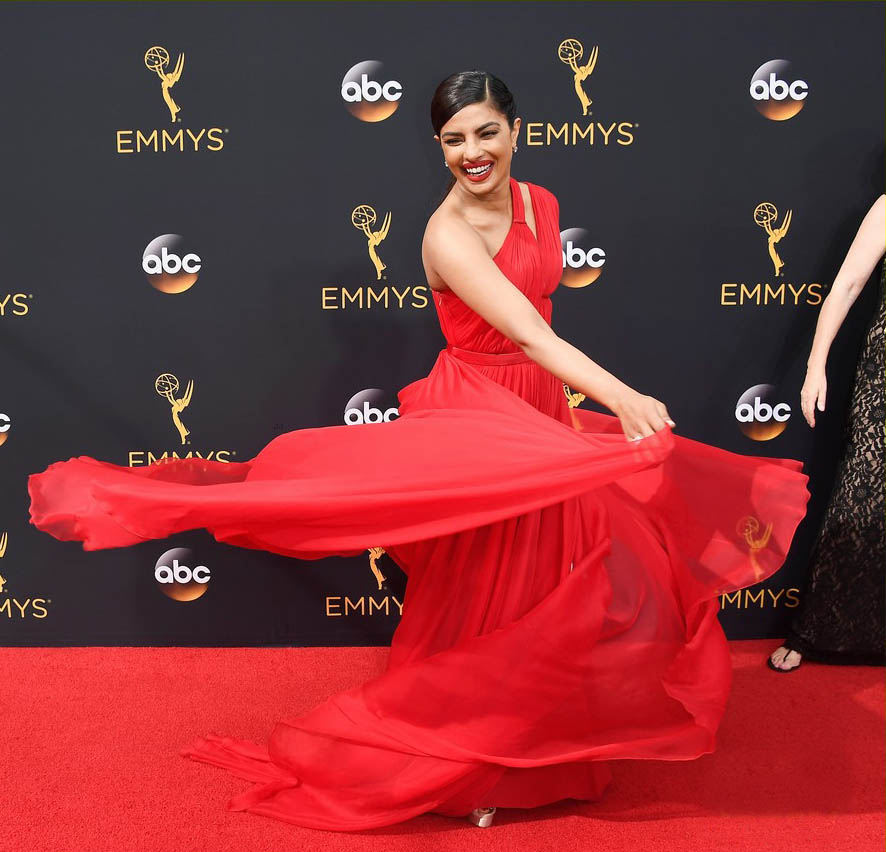 Unlike most other celebrities on the red carpet, Priyanka avoided excessive exposure and instead went for a classic red look. However, she still oozed her trademark charm and sexiness looking absolutely gorgeous. She flaunted her scarlet red chiffon gown like a princess on a red carpet as she floated on the red carpet while showing off the delicate layers of her gorgeous gown by waving it up and down.

The ravishing beauty gave her best poses during the evening and proved to be a delight for the photographers at the event. As far as the rest of her look is concerned, she chose to go with a vibrant red shade for lips and minimum jewelry sporting just an understated diamond ring along with diamond drop earrings. 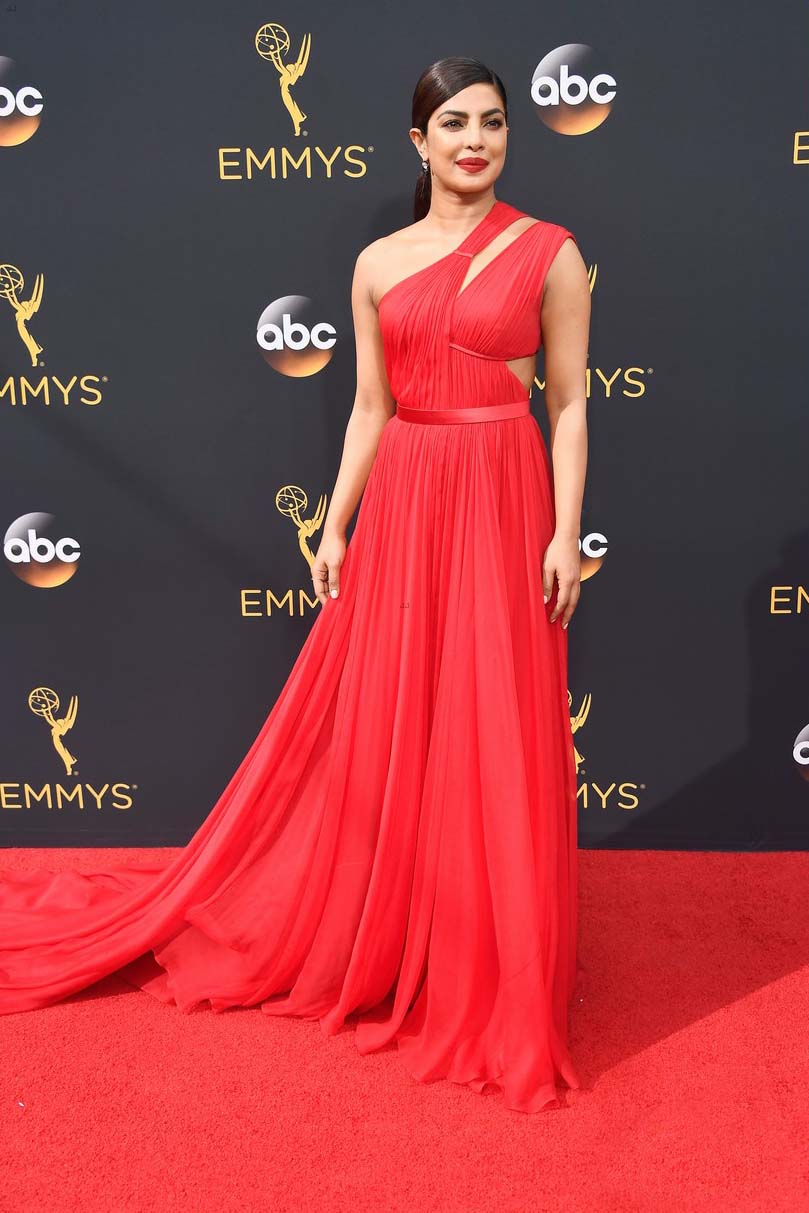 Priyanka had also made an appearance as the presenter at the Academy Awards this year. Now, she has made a debut at the biggest awards of television as well.

Priyanka Chopra, lovingly known as ‘Piggy Chops’ back home among her fans, presented an award alongside English actor Tom Hiddleston. They both gave an award the Outstanding Directing for a Limited Series, Movie, or Dramatic Special to Susanne Bier.

Among rest of the awards, HBO drama series Game of Thrones once again came at the top by grabbing 12 Emmys out of 23 nominations this year. Game of Thrones along with the comedy series Veep won the top awards for Drama Series and Comedy Series respectively.

Priyanka Chopra is set to re-enact the role of Alex Parrish in the second season of ABC thriller series Quantico. Quantico Season 2 is scheduled to premiere this Sunday on September 25, 2016.