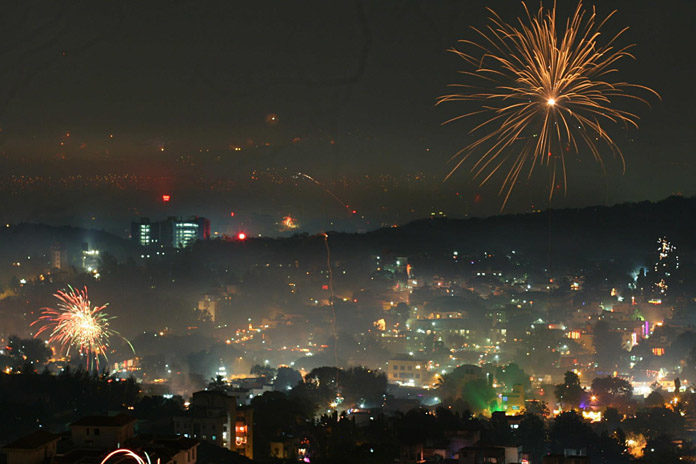 Diwali Pollution – You must be gearing towards celebrating Diwali in grand ways soon. Beautiful Diwali decorations, delicious Diwali snacks, meeting your friends and family members, and lots of fireworks and crackers.

Related: Diwali Snacks You Must Know About.

Isn’t it? However, before you do the last activity of burning firecrackers, we want you to think about Diwali Pollution for a moment.

Related: How to Renovate Home This Diwali.

That is why you must read and know the following facts before you decide to burst firecrackers on Diwali:

1. No! Firecrackers Are Not Part of Diwali Tradition 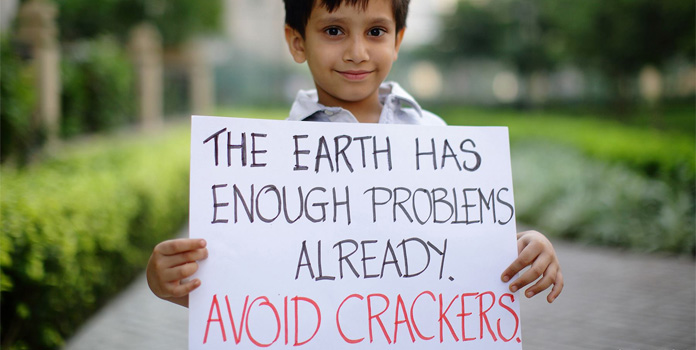 Many people scoff at the idea of celebrating Diwali without any firecrackers. They say it is a part of the culture. If you are one of those, then this will come as a shock to you. No, firecrackers are not a part of any tradition of Diwali celebration.

In fact, firecrackers came into existence in China only somewhere around the 10th century. Similarly, gunpower commonly used in firecrackers entered India only by the mid 14th century via the Mongols from China. Moreover, Hindus have been celebrating Diwali for at least a 1000 years before that period.

100+ Mesmerizing Rangoli Designs for Diwali You Cannot Afford to Miss

9 Yummy Diwali Recipes Which You Must Try at Home

Moreover, have you ever heard of Ayodhya citizens welcoming Rama by bursting crackers? No, they lit earthen pots (diyas). That is why Diwali is a festival of lights and not ear bursting sounds. If you have always given an excuse of not celebrating pollution free Diwali because of tradition, it is high time you stop doing that.

2. Extreme Damage to Environment and People 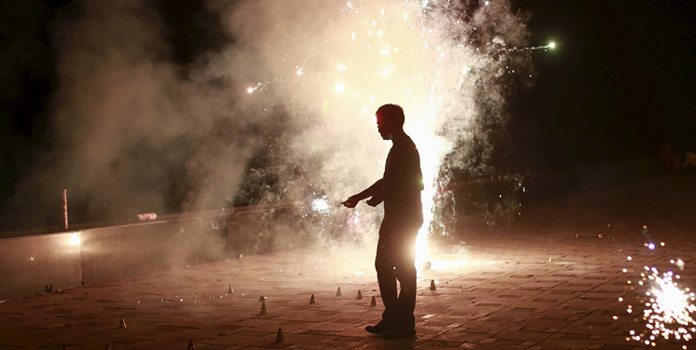 It is a no-brainer. Diwali night sees an explosion of harmful particles into the atmosphere. Last year, in Lucknow alone, pollution levels had gone up by a staggering 30% on the night of Diwali

Moreover, Lucknow is just one city of India. Imagine the status of other cities or cities like Delhi which is always in the news for its increasing pollution levels day by day.

Once again, if you give an excuse that it is just for one day then let us tell you that these smoke particles and harmful pollutants linger on in the earth’s atmosphere for days, sometimes even months.

The rise of asthma patients and breathing problems in kids and older people after Diwali are another reason to celebrate pollution free Diwali this year. 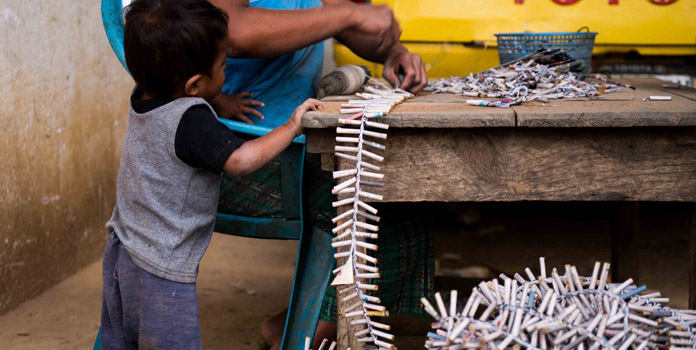 Have you ever wondered how fireworks are made in India? Let us take you to the city of Sivakasi where firecrackers are made on a large scale in pitiable human conditions. The workers in those factories are exposed to harmful chemicals and acids and are forever in the danger of mishaps and accidents.

However, the most pitiable condition is that of kids and children who are employed in large numbers in these factories. From a young age, they are made to work from morning to evening to make dangerous firecrackers.

Next time you decide to spend your hard earned money to play your part in Diwali pollution, think about these children and workers. 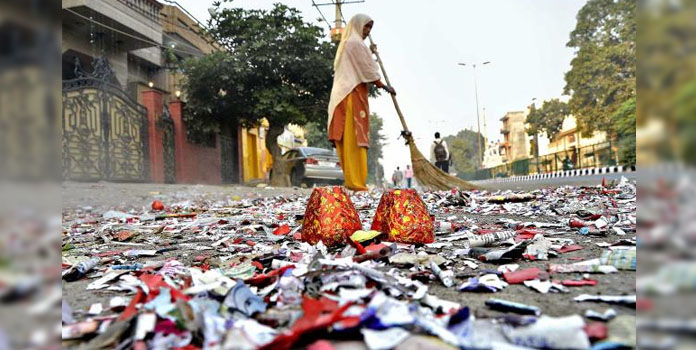 You will be surprised to know that last year, just Delhi witnessed a whopping 30% increase in garbage generation after Diwali. Cleanliness is a huge concern in India and waste generation is increasing continuously in the country.

However, during Diwali, garbage problem rises to an altogether new level. Much of this waste is from the wrappers and remains of firecrackers involving both paper and plastic. The government and the local municipality find it immensely difficult to deal with such staggering amount of garbage every year on Diwali.

Diwali is a festival of celebrating the win of good over evil and most importantly, discovering light within us to fight the darkness. It is a time of happiness and joy and sharing them with your loved ones. You do not need ear bursting and pollution causing firecrackers to celebrate this festival.

Diwali pollution is a much more serious concern than what you imagine. So, go for a ‘pollution free Diwali this year’ and spread love and happiness instead of smoke and noise on this day!