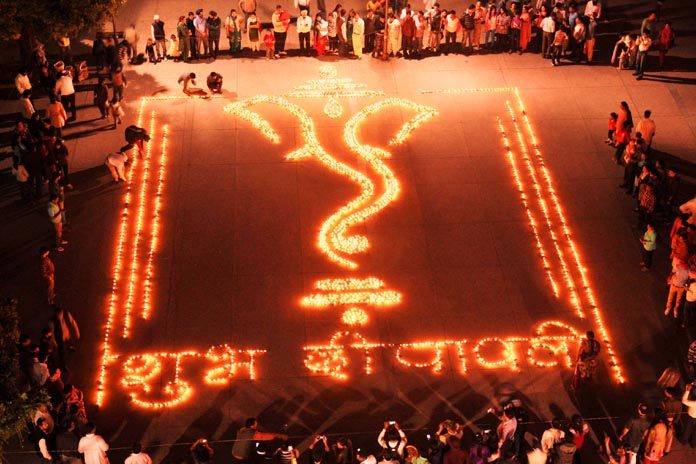 Diwali History – Did you know that the history of Diwali also involves Lord Krishna, Lord Mahavira, and Guru Hargobind Ji? Yes, it is true. People usually celebrate Diwali to commemorate the return of Lord Ram after spending 14 years in exile during which he also defeated the mighty demon King Ravana. People of Ayodhya celebrated his return by lighting earthen lamps filled with oil and ghee.

Did You Know These Surprising Places Where Diwali Celebration Takes Place?

You Must Know These Facts Before You Contribute to Diwali Pollution

The word Deepavali means rows of these lighted lamps which people light even today on this festival. However, there are several other incidents which took place on the day of Diwali and hence, are closely related to the Diwali History.

Check out these seven fascinating stories about the history of Diwali: 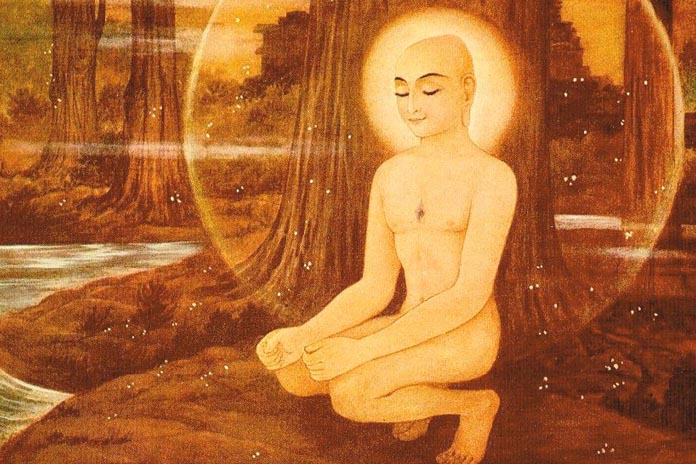 The Jain community in India celebrates Diwali as the day when Vardhaman Mahavira attained enlightenment. Lord Mahavira was the founder of modern Jainism which people from Jain communities follow these days. He was also the 24th and the last Tirthankara of the Jains.

According to Jain scriptures, Mahavira attained Nirvana on Oct. 15, 527 B.C which was the day of Diwali. Since then Jains have been celebrating Diwali as the way to remember and follow his steps for the emancipation of the human soul from this mortal world.

2. Release of the Sixth Guru of Sikhs And 52 Princes 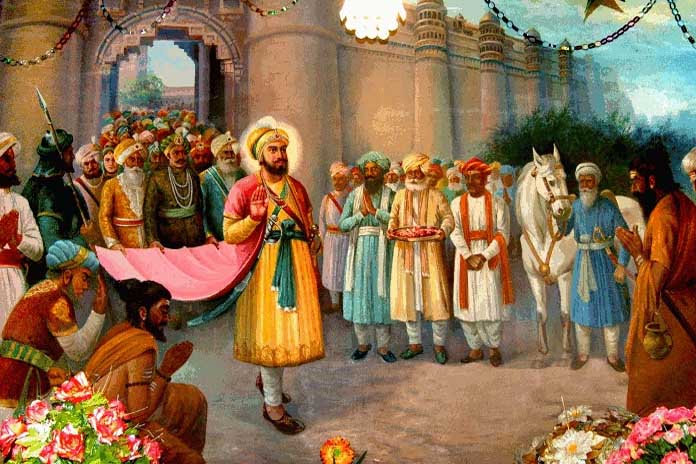 There are a few interesting incidents associated with the Diwali history in Sikhism. The most significant story is the release of the sixth Guru of Sikhs, Guru Hargobind Ji from the imprisonment by Mughal Emperor Jehangir in Gwalior fort. Jehangir also released 52 Hindu princes on this day in 1619. This day is known as the Day of Liberation (Bandi Chhor Divas) among Sikhs who celebrate this day on Diwali.

There is another important event in the Deepavali history of Sikhs related to the much revered Golden Temple. On the day of Diwali in 1577, the foundation stone of the Golden Temple was laid hence making it a crucial occasion for Sikhs. The sight of Golden Temple decorated with thousands of lights on the night of Diwali is a mesmerizing sight. 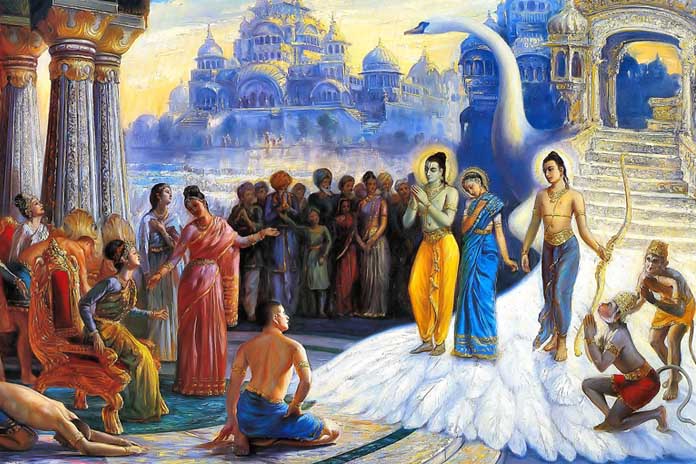 Diwali is not just the commemoration of Lord Rama returning to his kingdom after 14 years in exile. The history of Diwali is also relevant in the time of Mahabharata. At that time, Pandavas served an exile of 13 years after they lost everything to their Kaurava brothers in a game of dice.

After serving the period of exile, Pandavas along with their mother Kunti and wife Draupadi returned to Hastinapur on the new moon night of Hindu month Kartik which is also the day of Diwali. Pandava brothers and their family were quite popular among the citizens of Hastinapur who welcomed them home by lighting earthen lamps made of clay. 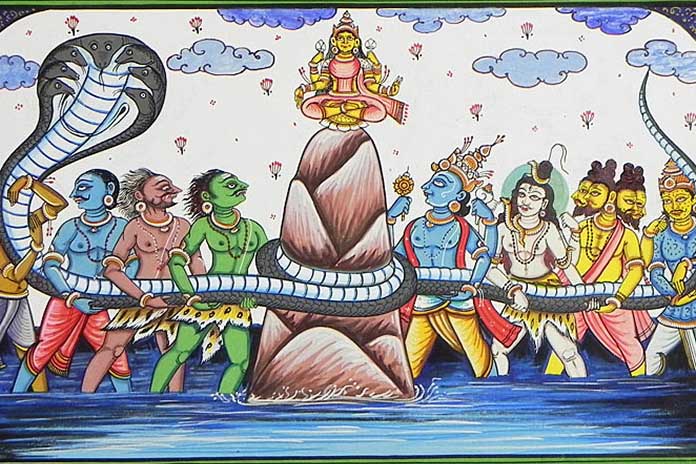 You will be surprised to know that Diwali history is also related to the birthday of Goddess Laxmi who is worshiped by people on this day. According to mythology, demons and demigods (devas and asuras) wanted to achieve mortality. So they decided to churn the ocean and obtain the Nectar of Immortality (Amrit).

Lord Vishnu married her on the same day, and people celebrate this day to remember that auspicious occasion of the birth and marriage of Lord Laxmi as well. 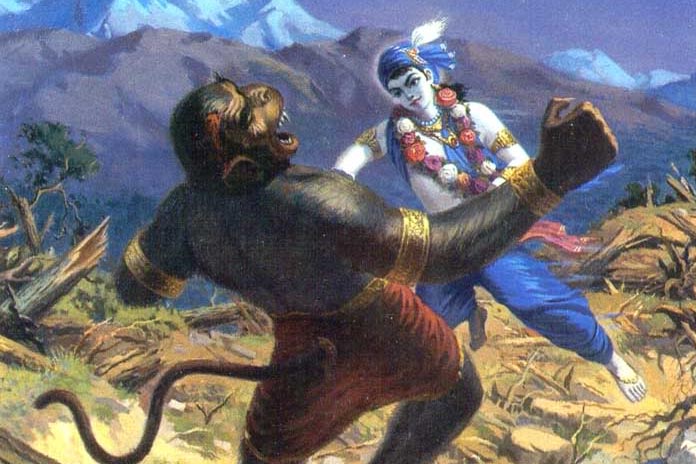 The history of Diwali is also associated with the killing of a demon called Narakasura by the eighth incarnation of Lord Vishnu, Lord Krishna. Narakasura was an evil Demon King who was causing nuisance everywhere on the heaven and the earth. He was also known as the demon of filth and dirt and committed atrocities on everyone.

Everyone was unhappy under the rule of Narakasura, particularly women. He used to kidnap beautiful women and locked them in his palace. Lord Krishna, on the day of Diwali, killed Narakasura and released 16,000 women who were locked in his castle. Many people also celebrate Diwali to remember that occasion and as another reminder of the triumph of good over evil.

6. When Lord Krishna lifted a mountain on his Finger 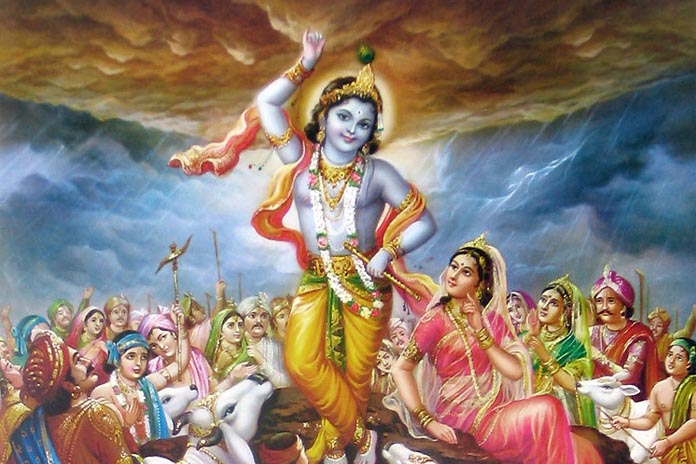 People celebrate the first day of the five-day festival Deepawali in the form of Govardhan Pooja. It also has a fascinating history of Diwali festival associated with it. It is said that people in the village of Gokul used to worship Lord Indra in heaven who used to bless them with plenty of rainfall. This helped villagers to have a fantastic growth of their crops.

However, when Krishna came along, he convinced people to start worshiping Mount Govardhan as it was due to the fertile land around it, they were able to grow crops.

This enraged Indra who expressed his rage by causing heavy rainfall in the region leading to a flood. People of Gokul prayed to Lord Krishna who then lifted the Govardhan mountain on his finger under which people took shelter from the rains.

From that day, people started celebrating Govardhan Pooja. On this day, they offer their prayers to God to show their gratitude for the food and rain for their survival.

This incident of Diwali history is different from the mythological stories so far. According to many historians, the mighty Hindu King Vikramaditya ascended to the throne on this day in 56 BC.

He was the most popular and powerful king of Hindus who was known for his wisdom, courage, generosity, and patronage of scholars. King Vikramaditya is also known to have started the Vikrama Samvat calendar when he was made king in 56 BC. That is why the day of Diwali is also celebrated as the beginning of New Year by many Hindus.

Diwali History – Ultimately, Diwali marks the triumph of good over evil and celebrates the discovery of light within us amidst the darkness. Be it the killing of Narakasura by Lord Krishna or the attainment of enlightenment by Lord Mahavira, the history of Diwali is full of interesting stories which make this festival of all religions and faiths. That is why Diwali celebrations take place all over the world.