Habits of Successful People – You may have read a few motivational books on how you can make money. But they didn’t work, and you still haven’t unlocked your financial potential.

So, how about going a different route and understanding the habits that Bill Gates, Steve Jobs, Warren Buffett, Indira Nooyi, Christy Walton or even Richard Branson followed to become successful?

Yes, that’s true! Despite their different nature of work, their various companies, and their unique success stories, each of these rich, powerful men and women share something similar- they all followed simple habits that helped them succeed.

They are more than just intuitive or receptive of the market. Rather, they are individuals who often perform daily rituals or have a set of habits that help them define a routine, which in turn allows them to unlock their financial successes and potentials. Here, we are outlining some of the most common and useful Habits of Successful People which you must follow.

In the list list of Habits of Successful People meditation always comes on top. As mentioned earlier, the truly wealthy people are emotional. They observe and understand what’s going on in their surroundings, what a customer may want (even before he asks for it). Moreover, that’s what allows them to be wealthy. But to increase their receptivity and intuition, they tend to practice meditation quite regularly.

Successful people such as Ray Dalio, Rupert Murdoch, Bill Ford and many others have vouched for the meditation mantra. It allows them to focus while giving them the opportunity to stay calmer during tough times!

Of course, not all wealthy people are early risers. But they don’t have oscillating schedules when it comes to sleep and waking up. While a lot of them might not average more than 5-6 hours of sleep a day, they do tend to have a strict routine of waking up without dozing off again.

This includes influential people like Larry Schultz, President Obama, Tim Cook, Richard Branson and several others. A getting up routines allows wealthy people to have an early start, thereby letting them plan their day ahead of everyone else.

Also, doing so enables them to participate in other activities such as exercising, interacting with family, visiting friends, etc. without affecting their working schedule.

This is another one of the best Habits of Successful People. The newest generation of wealthy people, including Bill Gates and Mark Zuckerberg are active on social networking sites. That’s where they interact and share ideas. Today, networking is the key habit for achieving success.

Various studies indicate that networking allows people to perform better at work and increases their chances of landing a better deal. And with networking, we don’t mean just making friends on social media. Instead, it is about meeting people, collaborating with them and above all influencing them.

It’s not only a habit, but it is rather a trait. Creating wealth requires critical thinking during different occasions. That’s why wealthy people tend to challenge themselves. They have the habit of questioning themselves- ‘How could we be better?’, ‘Why I should invest in it?’, ‘Am I philanthropic enough?’ this habit allows them to go beyond their comfort level.

These two habits go hand and hand. Of course, many wealthy people, including Steve Jobs had eccentric diet, but over a period, most of these people developed a simple habit of eating better and exercising regularly. After all, their entire wealth would go to waste if it was to be used for random illnesses!

6Read (Top of The Habits of Successful People)

From Branson to Bill Gates to Mark Zuckerberg, wealthy people do have a common habit of reading. They all love to be surrounded by books, which could be anything from a thriller to a motivational novel!

On some occasions, exceptionally wealthy people have mentioned that they love reading. It is a habit that sharpens their minds and enlarges their soul. It also helps in soothing or rejuvenating them. Reading is a daily practice for them.

Many people work hard. And there are those who may end up spending 80 hours a week in an office cubicle. But not the wealthiest one. Even when they weren’t rich, these people believed in the concept of working smarter and not harder.

They are great at time management, don’t necessarily clock in over 50 hours a week and tend to delegate tasks better. Now, that’s a habit you can develop over a course of time.

4Not being the people’s pleaser

Of course, it is nice to be liked. But that’s not something that wealthy people focus on doing. Wealthy people believe that it is a wastage of time to try and please people. Therefore, they speak their mind and try to be humble without overstressing on the people good part.

After all, making the right choice at the right time separates an extraordinary individual from an ordinary person. Such people follow the idea of increasing productivity by saying no to activities that are unfruitful or time-consuming or both. They know what all and to whom they should yes to so that their works get done with ease and without any distractions.

Any creative mind can visualize goals, but the only successful person can achieve it. Various studies indicate that more than 90% of the successful people have the habit of penning down their goals or visions on a daily basis.

By following this method, they can make constant efforts for achieving such targets. They take risks, strategize and bring together the best possible resources to make their visions come true.

Success and wealth go hand in hand. Managing finances is something that is inbound amongst successful people. It is them who knows where to invest and when. They do not just play safe or go all blind when it comes to investing their money.

They analyze new opportunities, take calculated risks and keep on saving money for hard times. They know the importance of money and use them wisely. It is only through the management of money and the right decisions on the stock that made young Warren Buffett a wealthy sensation.

And now, decades later he still rules the chart. He followed other rich habits as well, including the avoidance of procrastination and listening more.

Wealth isn’t just about the finances. It stems from acquiring knowledge about the latest advancements in the industry. Learning is a process that doesn’t necessarily involves the requirement for any formal education or degree, as it is can be acquired from experiences, books, trade magazines or by following others.

Perhaps that’s why some wealthy people are college dropouts while their employees have undertaken formal college education for years.

Last, but not the least. Wealthy people have the habit of learning from their mistakes. They use it as a learning opportunity, instead of taking it as a source of disappointment.

So, if you really want to be wealthy, follow these Habits of Successful People routinely.

11 Adorable Olympic Couples Who Rekindle their Romance on Sports Field 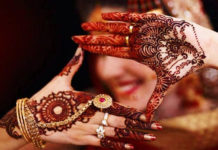 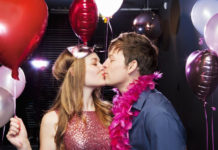 9 Valentine Party Games To Turn Your Party Into An Instant... 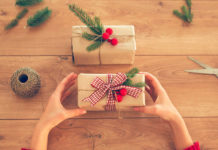 10 Fashion Faux Pas Which Must Be BANNED. Are You Guilty?

Fashion Faux Pas - Have you ever seen a person with a horrible fashion sense and wondered how someone could dress like that? Did...

Christmas Party Dresses - What to wear to a casual Christmas party? If you have ever asked this question to yourself or anybody, you...

17 Ways to Look Like a Bollywood Celebrity on Diwali

Bollywood Celebrity on Diwali - You love them on the big screen. You cannot get enough of their sense of style and fashion. No...

Famous entrepreneurs suggest to start workout first to make a business success. Do not prioritize what’s on your schedule. Rather, schedule your priorities!

Your workload shouldn’t make you feel frantic. It’s time that you start working smarter rather than working harder! Learn How to get more done & work less. The secrets of successful people.

Mentally Strong People - You can exercise at the gym for hours, participate in day-long marathons or get rid of unhealthy food that’s ruining...

What bad bosses do which make good employees quit? If you want to know 'how to retain good employees', Stop doing these 7 things from now. You're definitely doing at least, one of them. 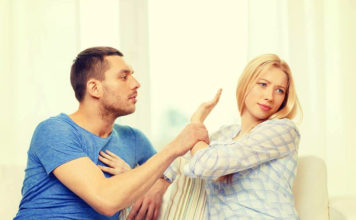 Top 10 Hidden Yet Valid Reasons Why Your Girlfriend Hates You 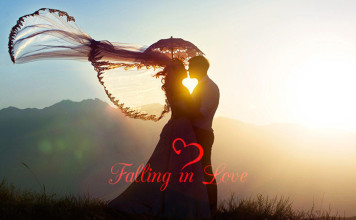 The 36 Questions You Should Be Asking To Fall In Love 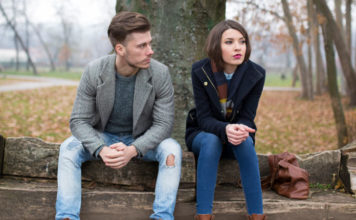 Your Relationship Will Fail. Here is Why and What to Do About It