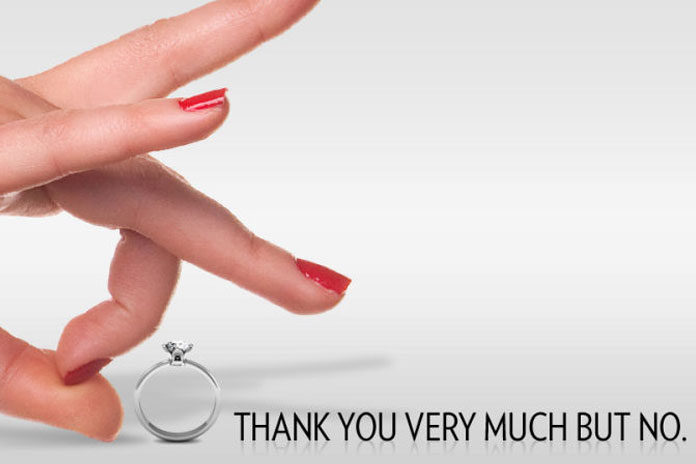 Related: How To Be Successful In Life?

Moreover, mind you, these celebrities are some of the most successful personalities of their fields who have refused to get bogged down by marriage and achieve super success in their lives.

Get ready to be surprised by this list of 9 insanely successful personalities who never got hitched:

Though he is in his 40s and has had a long list of girlfriends, Leonardo Di Caprio has not married so far. Neither has he shown any signs of settling down with anyone with his fierce commitment to his films and acting profession.

The 41-year-old Oscar-winning actor is creepily known for dating actresses much younger than his age but has never been in a serious relationship so far. Moreover, that does not seem to change in the future as well.

Leonardo DiCaprio has done many fabulous movies in his lifetime which has helped him in gaining immense popularity. Most of his movies are adaptations of famous novels which are both inspiring and heart-whelming. But reading books is way too different from watching movies. Reading books brings the characters to life and takes you on a journey to another world. Even after having such a great and unforgettable career, he is one of those successful personalities who never married. We’ve listed a few of Leonardo Dicaprio’s movie adaptations that you might like to read.

In this book, Jordan Belfort tells about the art of persuasion and how can anyone lead a life of prosperity.

Buy If You Want to Sell Anything

This book about is a young man struggling to meet responsibilities towards his younger mentally disabled brother and over-weighted mother who can’t even walk out of the house.

Buy to know the true meaning of acceptance

The beautiful blonde Hollywood actress and producer Charlize Theron has never walked down the aisle despite having a string of relationships with many leading men of her films. She famously dated Sean Penn for a year but ended the relationship last year.

However, the Academy Award-winning star has two adopted children. She had adopted a boy named Jackson in 2012 and later adopted a girl in 2015 whom she named August.

Charlize Theron is one of the few successful personalities who never married. In an interview, Charlize Theron has revealed a few of her favorite books. She also mentioned that these books impacted her life in many meaningful ways. One of those books is The Little Princess

The little princess is a book about the real meaning of life in disguise as a fairy tale. This book conveys a deep and thoughtful message of how does little things matters in our life that we take for granted.

Buy to acknowledge the importance of little things in life

Alfredo James Pacino, famously known as Al Pacino is a legendary and perhaps the greatest living American actor. He is the father of three children but surprisingly never got married. He has twins from her relationship with Beverly D’Angelo and a daughter from acting teacher Jan Tarrant.

The star has been into relationships with many other Hollywood ladies including Diane Keaton, Debra Winger, Ellen Barkin, and Tuesday Weld. However, none of them turned into a long lasting affair with the 76-year-old actor.

Al Pacino is a brilliant and among those successful personalities who never married. But how well do his fans know him? Al Pacino: In Conversation with Lawrence Grobel is close to a biography book by the bestselling author and journalist Lawrence Grobel. In this book, Al Pacino has an intense conversation with the author giving fans unrevealed insights about Al Pacino’s life. We recommend you to check out this book if you are a true fan of Al Pacino.

Arguably the biggest star of India at present whose last two movies alone grossed nearly 1000 crores worldwide; Salman Khan has remained the most eligible bachelor of the country for nearly two decades now. The original poster boy of Hindi cinema who made girls crazy with his antics in movies like Maine Pyar Kiya and Hum Apke Hain Kaun in 1990s never got lucky in love.

His longest running relationship and consequent breakup with former Miss Universe Aishwarya Rai made headlines all over the country. The 50-year-old actor has lately been in the news for his alleged relationship with Romanian TV star Iulia Vantur.

Salman Khan is popularly known as “Bhaijaan” is one of the top actors with a very strong fanbase in India. The actor is the only among successful personalities who never married in Bollywood. He is also known for his numerous charity work. People know him for his unique personality. If you wish to know more about him then we would recommend you to read these books mentioned below.

The iconic fashion designer Coco Chanel single-handedly changed the women fashion industry and ushered in a new era for modern women clothing. However, she never fell into the trap of commitment and marriage once saying that she never wanted to weigh more heavily on a man than a bird.

The French fashion designer was an immensely successful businessperson who founded the worldwide famous fashion brand Chanel. Many people consider her as the greatest fashion designer to have ever lived in the world. In fact, she was the only fashion designer who appeared in the TIME magazine’s list of 100 most influential people of the 20th century.

Well, prove us wrong but Coco Chanel is a role model for every woman out there who just wants to quench their thirst of being successful. There is no doubt that if you want to be successful like her you need to think like her and learn by actions. We have put together a few books based on Coco Chanel’s life. These books will tell you how Coco Chanel challenged her problems without any fear.

Buy to know about hidden years of Coco Chanel’s life

Diane Keaton is one of the most famous celebrities who never got married despite her big affairs with Al Pacino, Woody Allen, and Warren Beaty. In a career spanning over 50 movies, Diane Keaton has played a range of characters with varying depths.

The 70-year old actress, producer, director, and screenwriter won an Academy Award for the Best Actress in Annie Hall. It was a pathbreaking movie in the RomCom genre which also earned Woody Allen his first two Oscars for Best Director and Best Screenplay.

Diane Keaton has accomplished so much in her life. But only few know the fact that daine keaton is a writer too. She has published a few astonishing books which you might like to have a look on. These books depict a lot about Diane’s beliefs and confidence she carries.

In “Then Again” she intersperses her life with constant reference to her mother and the diaries that her mother kept.

Buy to have both heart breaking and joyful experience

In Let’s Just Say It Wasn’t Pretty, she shares the wisdom she’s accumulated through the years

Buy to have a lovely reading time

Kevin Spacey, another Academy Award winning actor who has been notoriously secretive about his personal life perhaps never got time to get married amidst his unconventional career moves. He has donned several hats in his long career as an actor, producer, comedian, singer, and director.

He began his career as a Broadway actor, moved over to Hollywood and gained worldwide success fame through his roles in Se7en and The Usual Suspects, became popular through Netflix series House of Cards, and is now working as a director of Old Vic theater in London.

Oprah Winfrey is one of the best examples of celebrities who made it big in their lives by sheer passion, hard work, and determination. She has successfully created a media empire of worth over $700 billion. Like many other celebrities on this list,

she has never married despite being in a long relationship with Stedman Graham for nearly 30 years. During this period, she has made it quite clear that she would never marry and share a special ‘spiritual reunion’ with him.

In this book, Oprah Winfrey shares what she sees as a guide for activating your deepest vision of yourself and discover the purpose of your life.

Buy if you want to find the purpose in life

In this book, Oprah Winfrey talks about early trauma and how to heal yourself.

Buy if you want to overcome your trauma

One of the most successful industrialists of India, Ratan Tata, has remained a bachelor throughout his life. In a recent interview, he admitted coming close to getting married four times but every time, the plan failed. The former Chairman of Tata Group devoted his entire life to make the Tata brand the most trusted brand in India.

He made headlines all over the world when under his leadership, Tata Motors took over the iconic Jaguar Land Rover brand from Ford Motors in the year 2008.

The above list of evergreen bachelors proves that you do not need to get married for the sake of marriage alone. It is entirely normal to love your work and career and never settle down with anyone with whom you do not feel a connection. The bonus of this is you get to be entirely focused on your work and work harder than anybody to achieve fantastic results.

What other celebrities come in your mind when it comes to unmarried personalities? Share with us in the comments below.

Ratan Tata is a true inspiration. The dedication he carries is unmatchable. He is one of the most successful personalities who never married. If you think you are falling short on motivation in life and want to get successful like Ratan Tata then here we recommend these books.

This book is written about the warm side of Ratan Tata.

Buy to know Ratan Tata as a friend and mentor

This book contains inspirational quotes by none other than Ratan Tata

Buy to observe the perfect combination of wit and wisdom