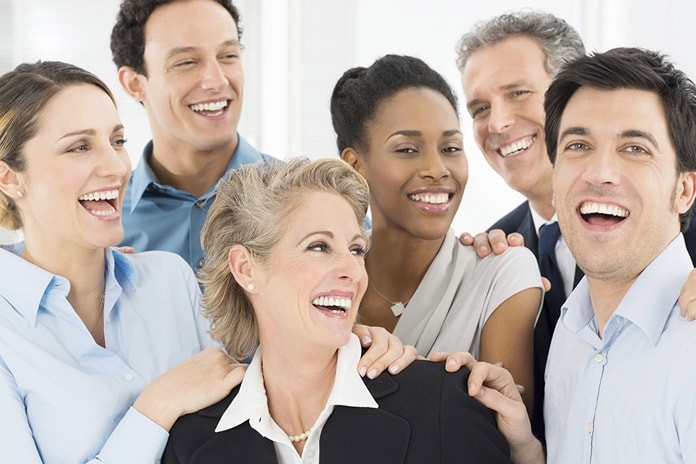 Behaviors of Genuine People – Genuineness in the current times has become quite impossible to find in the people that surround us. We look for the one quality in everybody, be it friends, family, colleagues, neighbors and any individual that we come across in life.

Encounters with righteous souls are at a gradual decline. Humans of the millennial generation are so enthralled in the social media and their concocted digital portraits, that the assessment of their authenticity becomes a baffling job.

Genuine, what does being so mean, it means being upfront, pure of heart, sincere, natural, righteous. A quest for authenticity is favorable only when you are and respect sincerity too.

Only a man who reflects pureness of heart and soul will certainly recognize and respect a likeness of them. A true human has self-esteem and self worth; he is someone who follows his heart, needing no charade to hide their reality.

Relativity is the basis for all mortal communication; we identify others because of our own prejudiced glass of vision.

A few attributes of human character distinguish the original from the fake, which help discern the character of an individual. Such persons have qualities like self esteem, self worth, invulnerability, approachability, but also hold a set of eminent principles, can see through the pretenses of others, are keepers of their word, and consistent.

Further deliberation of these characteristics will give a graspable knowledge of how an honest being makes use of them and how to imbibe such qualities into our journey as well.

Find out the behaviors of genuine people that you should follow to be successful in life.

Self Esteem a predominant attribute

“In sociology and psychology, self-esteem reflects a person’s overall subjective emotional evaluation of his or her worth. It is a judgment of oneself as well as an attitude toward the self.”

Self-respect is an essential aspect of human nature, but an excess of it is arrogance, and too little of it is self-destructing when a balance between the extremes is attained, then the resulting impact is affirmative. Respecting oneself builds confidence and solidity in character. Such beings are incautious and not worried about appearances.

An upfront soul is impervious to the criticism of someone else, using it constructively. The same criticism can, on the other hand, smash the spirit of a fictitious personality. A profound knowledge of the world and confidence of self gives such humans the power to ignore minor incidences and are not easily insulted because of their ingrained insusceptibility.

And the openness of mind is their exceptional virtue. A merciful human has an intrinsic thinking capacity and process, making him approachable and receptive to beliefs and opinions of all kinds. An example of tolerance is the secularism of our country, India. It is a nation with a liberal and all-inclusive nature of people of all religion’s.

Are non-appellant of the spotlight

Seeking attention for such characters is something that is of no service. An abundance of self-confidence and worth keeps distant the need for ceaseless beefing up of self-pride or ego as we generally call it. The self-comfort is at such a level that there is no cavity in their dynamism.

Also Read: You Should Be Avoiding These 11 Toxic People

Do not feel the obligation to indulge all

A pure soul has a plenitude of righteousness and mettle, living life on their terms. Unaffected by the norms and sayings of the society, insecurity, and narcissism kept at bay as manipulating another being is against principles for an authentic individual.

When a person is grounded in the reality, it becomes easy for him to decipher the meaning of words were spoken and situations faced conveniently and positively. To try and fool such a man will be a false move, which can end up being damaging.

All of us are struggling continually to grasp inner peace and understanding of one’s self, gaining these qualities leads a human being to become comfortable in his skin. When this happens, we do not care if everyone dislikes us, because we feel equivalent to being Spock or Iron Man, relaxed in our skin.

Happiness is in simple things like family, friends, work, life, and relationships. The charms of the world, property, and material things deemed useless, for anyone who is genuine.

Always dependable no matter the situation

A trustworthy and reliable person is one who keeps his word no matter what, finalizing commitments on time. The dependability spirit in him is such that he never exaggerates his genius and triumphs. You can easily count on the support of such a soul. They despise twisting words; directness and impartiality are strong qualities that they demonstrate. Not fearing consequences this individual always speaks with integrity.

Reliability comes along with consistency because a faithful man always is in a knowledge of his abilities, beliefs, and emotions. Predicting his behavior becomes easy as he is unchanging, earnest, generous, and cogent.

Radiates a self assured and an unpretentious nature

An original being does not ever loudmouth himself. Confidence in one’s strength and a secure belief of one’s real self-helps them stay unabashed and not boastful. Humility is a positive trait along with straightforwardness and sincerity. A real personality is identical from within and without, steadfast and unchanging.

Also Read: The People Who Can Destroy Your Business

An ability to give judicious counsel

An authentic individual always has wise and sensible advice for someone else too. Intelligence is their strong suit and they never suggest actions that they would never follow. Give encouragement and guide people in a positive direction.

A true genuine person always treats all as equals and does not think himself as superior to others. A genuine soul always practices what he preaches, and gives levelheaded suggestions.

You will imbibe genuineness only when you are true to yourself, pure of heart and confident in all that you do. Only a person who has self-esteem can respect another individual; self-worth will never let him compromise his principles even in the staunchest circumstances no matter the outcome.

Faith and contentment in everything, brings happiness to such people quickly, making them dependable, judicious, self-assured and unpretentious. Their self-awareness keeps them grounded in reality, with aspects like manipulations, deceit, and control far away from their legitimate nature.

An upfront human always sees himself from the viewpoint of another and is for others as he is for himself. Approachability, confidence, solidity, brilliance, good advice, humility are imbibed into his character.

However, authenticity in people is slowly diminishing and becoming tougher to find not only in the world but our individual self as well. With the virtual world taking over us rapidly, it is essential that we try to keep our genuine souls intact. Only being genuine can bring enjoyable and unhindered success.

“To be nobody-but-yourself — in a world which is doing its best, night and day, to make you everybody else — means to fight the hardest battle which any human being can fight; and never stop fighting.”.
– E.E. Cummings

Also Read: Habits of Financially Successful People, You Should Know