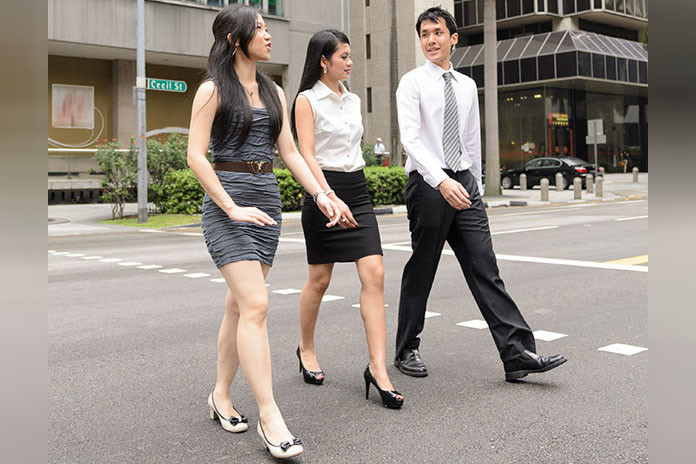 the benefits of walking at lunch hour – A lot of us are living in a rat race. This is the era where we have to compete continuously to stay ahead, to reach our professional goals and to provide for our families. And, before we know it, a time comes when we start to feel tired, lazy and stressed by the afternoon.

If you have been feeling the same way, if you have experienced afternoon slumps and wanted to increase your focus or enthusiasm (or even lose weight), then try the !

A recent study, published in the Scandinavian Journal of Medicine and Science in Sports, points out that even gentle lunch break workout can noticeably and instantly help people combat slumps in mood and focus.

What happened during the study?

This research was conducted on 56 middle-aged adults (52 women and 4 men), who indulged in less than 150 minutes of moderate-intensity workout each week. It required participants to walk for 30 minutes during their lunch hour, thrice a week. The intensity and speed of walk were not fixed.

Lead author and professor of exercise science at Curtin University in Perth, Australia, Dr. Cecilie Thogersen-Ntoumani said that more women were selected for the program because it is a challenging task to convince men for joining walking programs, as they do not consider walking strenuous enough to be bothered with.

At the beginning of the program, all the volunteers underwent a series of baseline health, fitness and mood tests. On an average, their result showed that although they were out of shape. However, they were all healthy, both physically and emotionally.

All these volunteers were randomly divided into groups; one of them had to start the 10-week walking program right away whereas the other was asked to start their program 10 weeks later, which allowed them to be the control group for the first ten weeks.

How was mood assessed?

For assessing people’s mood, the team of researchers had set up a specialized app on the volunteers’ phones. This application included a list of questions about their emotions. These were designed to measure feelings – enthusiasm, stress, workload, motivation, physical fatigue and other emotional problems that the participants may be feeling at the moment.

According to Dr. Thogersen-Ntoumani, the benefits of a lunch hour walk could be assessed better if the emphasis was given on in-the-moment assessment of emotions. Why? Because according to the researcher, emotions are fleeting and mysterious.

Therefore, what you may be feeling right now might not be the same as what you felt a while earlier. So, the responses could be changed. Moreover, if people are asked to recall hours later about how they felt after exercising, their responses will be skewed.

Once the first group had completed their 10 weeks’ program, the second group was given heads up to start their routine.

What happened to the first group?

The first group was given an open option – they could either continue the program or leave walking during the lunch hour.

It is was surprising to see that a majority of them continued their lunch hour workout. Meanwhile, responses and assessments from the second group were coordinated.