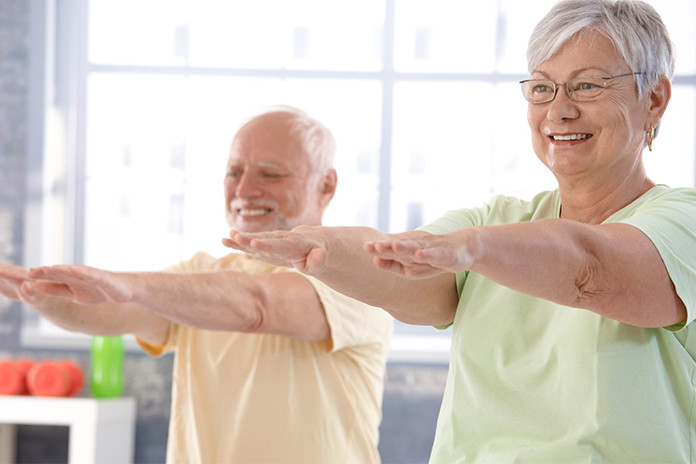 Exercise To Stay Young – Did you look at yourself in the reflector and realized that those fine lines were appearing? Looking at your photos reminds you that your youth is slipping away? Does your mind feel foggy and your body feels weaker than it should for your age?

Well, a lot of us are living a life full of burdens and stress. There is too much tension, too much of sitting in front of the computer and very little exercise. That’s a reason we are getting older for our age.

Our bodies feel too weak when we in our 30s and 40s seem to be taking a harsh toll on us. So while we all have to age and grow old, we could reduce the speed of this process, live a healthier life, look younger, and feel fitter if only we exercise!

Aging is no longer than a mysterious phenomenon. After years of studying, scientists have decoded ways to keep ourselves younger. Moreover, of course, cosmetic procedures are an option. But not all of us can manage it.

Instead, we can give exercising a try! Studies suggest that exercising regular can have a positive effect on your skin, reduce fine lines and wrinkles making you look younger for your age!

A recent survey conducted by the scientists at King’s College London and the University of Birmingham in England points out that the inevitability of physical decline largely depends on us. In simple terms, it indicates that we can shun off years from our body by following a healthier lifestyle.

The study published The Journal of Physiology states that that exercising regularly can help us stay younger, and lifestyle has a lot to do with how we age. So, you could look like a 30-year-old when you are 60!

Stephen Harridge, director of the Centre of Human and Aerospace Physiological Sciences at King’s College London and senior author of the study stated that the main aim of the study was to understand how our body functions as we grow older, while taking the best case scenarios in the account.

What was the study?

Conducted on 126 people, 85 men, and 41 women, in the age group 55 and 79 years, the study included serious recreational riders, who were put through a series of physical and cognitive tests to analyze their effects.

The men were required to ride no less than 62 miles in six and a half hours whereas the women were asked to cycle for at least 37 miles in five and a half hours. The results conducted from this cycling test allowed the scientists to judge the volunteers ‘endurance, muscular mass, muscular strength, the power to pedal, overall metabolic fitness, sense of balance, function of memory, the density of bones and reflexes.

The results of these volunteers were compared against each other and also against the standard benchmark of what we know about normal aging.

What were the results?

While exercising has long been associated with physical-mental health, the results were still astounding! It was indicated that these recreational riders were as healthy as their young adult counterparts!

That means that they were as young as a 30 or even 40-year-old! Now, that’s remarkable. As part of the study, the volunteers had to complete a Timed Up and Go test, which required them to stand up from a chair without taking support from their arms, walk briskly for about 10 feet, take an about turn and come back and sit on the chair as smoothly as possible.

The results were quite exemplary as well, with volunteers taking an average of 5 seconds for completing the task. The same task took 9-10 seconds for elderlies who were not as active or didn’t do as much exercise as the original study volunteers. 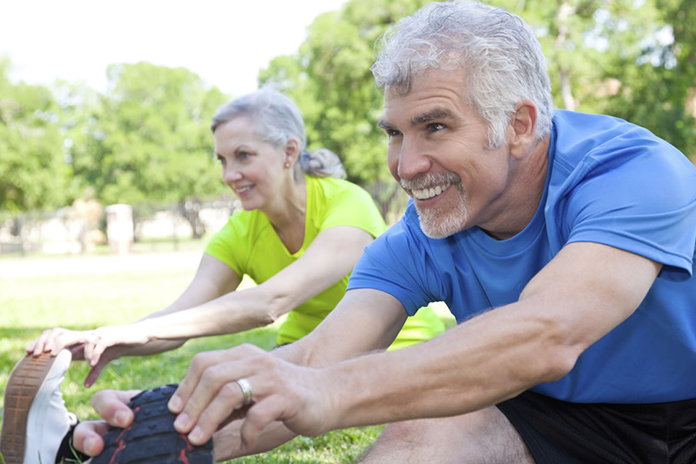 This is no joke. The study gets additional reliability from another similar study. Published in The American Heart Association Journal Circulation, this other study showed at the molecular level the anti-aging effects of exercising on the cardiovascular system of human beings.

This study was conducted on middle-aged professional athletes and investigations were made by measuring their length of telomeres, which the DNA on the either end of chromosomes that carries genes during cell division.

According to the head researcher of this study, Ulrich Laufs, MD, of Homburg, Germany’s Saarland University, telomere length is related to our body’s activity level and that older people who work out on regular basis are found to have telomeres of similar length to an inactive person who is 10 years younger to them.

Also Read: How Exercise Can Change Your DNA.

Both these studies prove that exercising can indeed slow down your process of aging by enhancing blood flow, keeping systems and organs functional, reducing fat around the body and taking care of the inflammation.

According to Dr. Harridge, although the study is conducted on an unusual group of older adults, he and his team plan to retest these volunteers again after a gap of 5 and ten years to gather in-depth knowledge and compare results.

Ideally, you shouldn’t wait to get older before you start exercising. Take charge of your life now! Scientists recommend that you exercise at least 30 minutes a day, five days a week and keep yourself active in general to stay fit, look young and feel better!