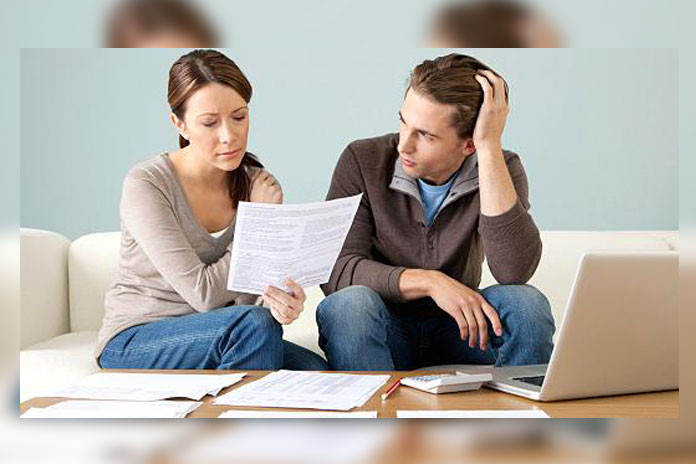 Every year, there are so many debates, so many speeches and so many promises that politicians bring up when they discuss the middle. However, the truth is that middle class is longer as developing and as fascinating as it was a few decades ago. The middle class is now in a precarious state. It isn’t poor, but it still cannot enjoy the simple benefits that were once guaranteed.

Related: Money Lessons You Need To Know After You Graduate!

However, what’s exactly middle class? The middle class refers to an income category where people have some savings, and they don’t live hand-to-mouth or from job to job. The median household income is enough for a family of four (two kids).

According to Diana Farrell, ex Deputy-Director of America’s National Economic Council, the middle class family is a family where 1/3rd of the income is left over for discretionary usage once the family has been provided for food, clothing and shelter for other necessities. This allowed middle-class people live a refined, high-quality life, even if they couldn’t afford major luxuries.

Till now! Stagnancy in wages, the rising costs, dwindling economy as well as politics has reduced the prestige of middle class. They can no longer afford things that they once could. Moreover, no, we are not talking luxury lavishes like a yacht or a private jet or even a huge house into consideration.

According to a Statista survey conducted in 2014, it was found that 54% of average earners fueled their vacation expenses by giving up on purchasing big-ticket items such as electronics, whereas others made sacrifices like reducing their outings to the movies (47%) or the restaurants (45%) for months!

They sacrifice regular entertainment and simple luxuries for a vacation. So sometimes, even those sacrifices don’t allow them to afford a blissful vacation.

Thanks to the rising costs, work atmosphere has become so competitive and demanding that many employees who even receive paid time off often give up going for vacations. Vacations are now a mere luxury for middle-class people.

Cars are a necessity in modern times. However, does every household have a car? Certainly not. Now while most consumers take pride and pleasure in purchasing new vehicles, the middle-class population has to stretch their finances if they want to buy a car.

Around the world, student loans are given effortlessly so that everyone can afford education. However, it’s not true for middle-class. The cost of education has soared immensely, making it difficult for middle-class students to pay of their loans. This results in huge amount of debt. And that’s not all!

Middle-class families find it harder to get their loans approved. It suggests that middle-class students there is no guarantee whether or not they will be able to afford a better life than their parents.

Middle-Class families could once afford to keep up to 1/3rd of their earnings for emergency savings. But, in today’s world, most of us are so busy taking care of our daily necessities that we forget to put aside any saving for a rainy day.

In the USA alone, approximately 18% of respondents have nil savings, whereas only 28% are saving less than 5% of their monthly earnings. Those numbers strongly reflect how middle class barely has any savings for an emergency.

What is your life plan? Let me guess, go to college, land a fancy job, work till 60, sends your kids to the best university and spend your retirement happily travelling around the globe with your family and friends. Sounds familiar? Well, that’s true for most of us.

But to make all of this come true, one needs to have sufficient retirement savings, which only a few are disciplined enough can save on regular basis. But with everything so costly, you can barely afford to have retirement savings. In fact, even those who work throughout their lives have nothing for their later years.

Healthcare is a fundamental necessity. But can the middle class afford that? No! Most middle-class people don’t have Medicare access or an insurance policy through their offices. Others, who buy it through third-parties have difficulties in paying their high premiums. So, they end up losing their insurances and their healthcare covers.

In most middle-class families, one parent stays at home (at least for the few formative years) for child care. In this dwindling economy, this gives a huge blow to the second income, causing budget deficits.

The Center for American Progress points out that 20% of the annual earnings of an average median-income family is spent on childcare. It states that the annual childcare cost is higher than the annual median rent all across the USA.

This highlights a situation where the hefty cost of childcare is leaving families with less resources to allocate for housing, retirement, and savings, all which are extremely necessary as well.

If you are from a middle-class family, you should probably become more productive to earn better. Learn what ultra-productive people do.

If you belong to a middle-class household, you might have to put your wedding plans on hold. For many middle-class bachelors, getting married at a young age is a luxury they cannot afford.

Most of these people postpone their marriage to a later age until they have achieved a certain degree of financial stability. Even those who get married before 28 years old need massive financial support from their parents, which may not be possible if the parents don’t have enough savings. To maintain the financial state you should know when to cut the financial cord form your kids.

It is a known fact that healthier food items are costlier than the unhealthier ones. As a result in developed countries, low-income earners are found to be comparatively fatter than those who earn more. But even the middle class is getting obese. Worse, they are eating unhealthier than ever.

You should always eat your food as your blood type but, they are opting for processed, high-calorie foods since they cannot afford unprocessed, healthier alternatives. Even basic fruits and vegetables are not regularly consumed because they are deemed too expensive.

When the money is tight, one of the first things that are eliminated out of the family budget is branded items. The middle-class population has to cut now back on their spending on name brand items, which in turn adversely affect the retailers. However, it affects middle-class families even more, as they cannot afford simple luxuries of life.

Due to its high expense, middle-class households usually opt out of dental coverage while purchasing medical insurances. Also, most of the dental insurance only cover 50% of the expensive procedures. And the result is that one in every four adults in the age group of 20 to 64 has one or more untreated dental problems.

The middle class was different from their low-income counterparts because it didn’t live from paycheck to paycheck. Well, that’s not true anymore. Over 38 million middle-class households in the US itself are living in a hand-to-mouth situation. Imagine how the situation would be in other countries.

The sad truth is that middle class is no longer in the ‘middle,’ where it had some prestige, some savings, a few vacations, a good home and better opportunities. It’s now struggling for survival. It needs economic and political support to prosper again.