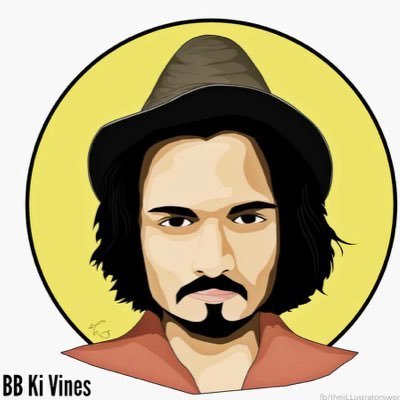 Yes, Our Roasting King CarryMinati is at the top of the list of top 10 youtubers in India. With his presence of mind and great sense of humor. His roasting videos become so popular among Indians that Ajey’s youtube Channel Carryminati became is Top 10 Youtuber in India with Most Subscriber.

Recent Controversy of TikTok vs Youtube Increased Ajey’s Popularity tenfold and Ajay became one of the Top 10 Youtuber in India with 30.4 million subscribers.

His Most viewed Videos “Yalgaar” with 232 million views.

Amit Bandana started his YouTube channel by making daily life comedy videos and grew his Channel. Now Amit Bandana is 3rd on the list of Top 10 Youtuber in India with 23.1 Million subscribers. Amit Bandana’s Most viewed Video is “ parichay” with 89 million views.

Technical Guruji is a Mobile and Technology review Channel hosted and managed by Gaurav Chaudhary. The Way Gaurav present reviews of a product is amazing and keep you engaged with his videos.

Technical guruji Currently has 21.2 million Subscribers and his most viewed video is “ My YouTube earning reveled” with 16 million views.

Round2hell’s Comedy videos are based upon your day-to-day life experience. The most viewed youtube video on Round2hell’s channel is “Aladdin” with 87 million views.

If you consider wealth wise Then Bhuvan Should be on the Top 10 Richest Youtubers in India list with his celebrity interviews and sponsorship in his pocket Bhuvan is one of the richest YouTubers in India. BB ki Vines’ most viewed video is “ Titu Mama” with 55 million views.

Sandeep Maheshwari’s channel is having 20 million Subscribers Today and his Most viewed video is “ world’s Best Motivational video” With 36 million views. that’s why his Channel was also on the list of top 10 YouTubers in India 2020.

Stubborn Fact is a YouTube channel that makes videos about facts Most people didn’t know about. Channel Started in 2016 since it has grown so much that  Stubborn fact has found its way to this list and Stubborn Fact is one of the Top 10 Youtuber in India with 16.8 million subscribers.

FactTechz is another fact Channel that serves you with Interesting fact videos. This Channel is also started in 2016 and is the second Big fact Channel on this list of Top 10 YouTubers in India that has 16.6 million subscribers today.

Most Viewed Video on FactTechz is” Palm Reading Explained” with 43 million views.

Dr. Vivek Bindra is a motivational orator and trade trainer. And His way of presenting his videos and the Intensity he gives to everyone from his Videos will even move a rock.

Dr. Vivek Bindra’s YouTube Channel has 16.4 Million Subscribers and his most viewed video on youtube is “ how Dubai got rich” with 36 million views.

Hope you liked this list of Top 10 Youtubers in India. Send us a message in the comments section. you are following and whose content entertains you the most.