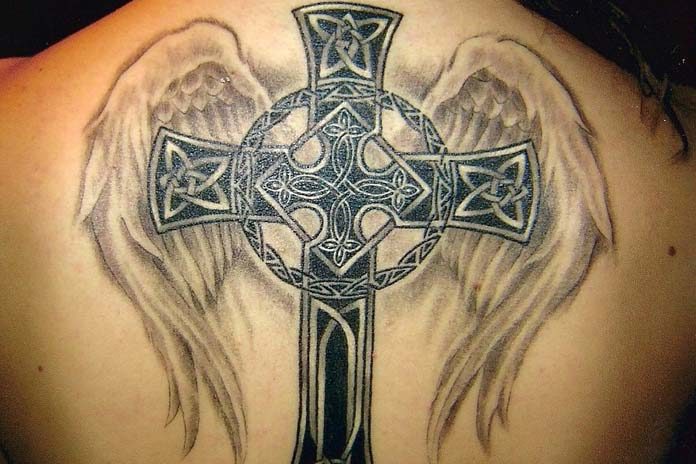 The history of Celtic tattoos goes back to the Celtic warriors in Europe. The Celtic Warriors had a belief that tattoos subdued their enemies during war. In the ancient time, the dye used for these tattoos were made from the Woad plant.

Woad plant was native to the present day the United Kingdom and the North of Europe. Even today Celtic tattooing is in fashion. Below are given some of the Celtic tattoos you would love: 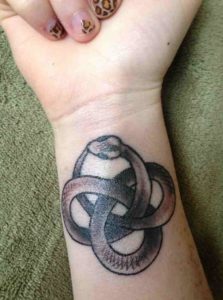 Tattoos with celtic patterns have mostly curly designs. You will find different twists in various types of these tattoos. This tattoo has a black twisted snake. The pattern is simple and has a compact design. 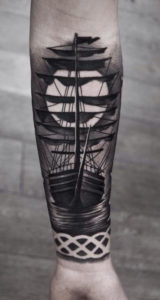 Whatever be the design in a Celtic tattoo, you would always find some curls in it. This tattoo too has a curl at the bottom of the diagram. The ship is in search of the right path and is following the moonlight. This symbol can be considered as Celtic tattoos for men. 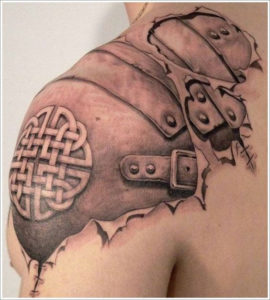 This tattoo has a maze-like design and has been pictured in such a way that if we observe it carefully, then it seems as if the person is wearing a metal fabric underneath his skin. 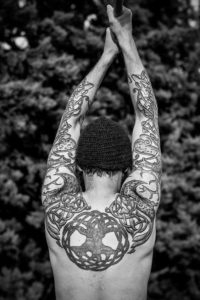 Now, this tattoo is a masterpiece, a center of attraction. Have you seen climbers (in the plant world)? Money plant is a climber. This tattoo is an analogy to the climbers. You can see the twists and turns and the branches hanging up willing to grow more in the image. 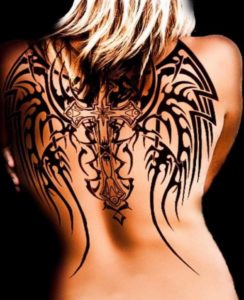 This tattoo has a bird-wing like design. Observing it carefully we will see that the wings are coming out from the cross that has been outlined as a bird’s body. 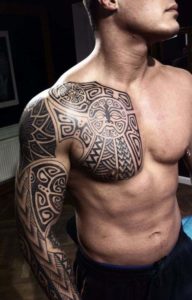 The tattoo design in the image is a good Celtic tattoo idea. This beautifully designed tattoo sleeve idea has occupied the whole of the arm. Tattoos of Celtic category have curly designs, but this one is a modified Celtic tattoo with fewer curls. Dragon lovers would love this Celtic Dragon tattoo as this is a combination of old and fantasy idea. Celtic tattoos have something to do with the history and dragons a great human imagination. 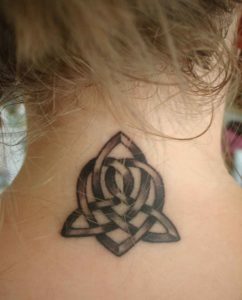 This is quite a simple design for small Celtic tattoos. It is a tiny, elegant tattoo that can be worn almost anywhere including your palms and face. A superb example of small tattoo ideas. 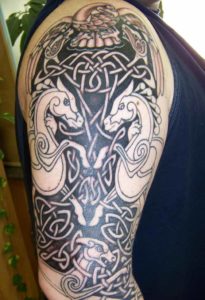 It has already been mentioned in the opening paragraph that Celtic tattoos have historical stories. Horses are a sign of warriors and were used in battles in the past. The tattooist has proclaimed the tradition of twisting designs in this tattoo. 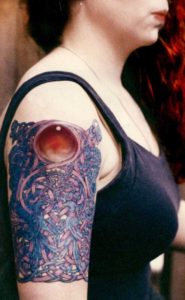 This tattoo looks as if someone has sewed up the green bushes together with some thick threads. The red pearl has been designed fantastically. 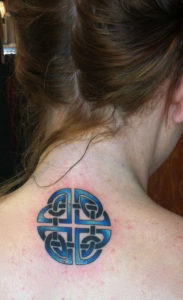 This tattoo has a bluish shade with a maze-like layout. The curly designs for a Celtic tattoo have been modified to the simple interlocking system. 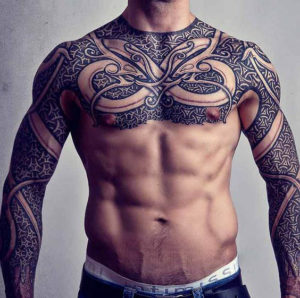 The whole of the chest and the arm has been covered by this tattoo. The design is analogous to a snake’s skin. The skin colored or says the uncolored portion of the tattoo are the curls for a Celtic knot tattoo and plays the role of a knot too. 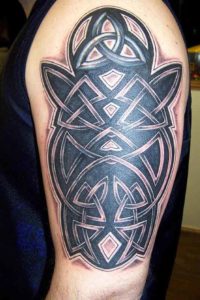 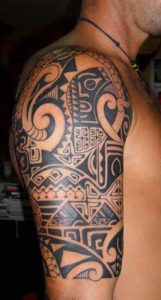 This tattoo is a half sleeve Celtic tribal tattoo that looks like an ancient message. People of the pre-medieval period used to draw symbols and other types of diagrams to spread the message. Every part of this tattoo has its own characteristic.

This tattoo has occupied the whole of the arm, and the skin tone color of the tattoo looks exquisite. This tattoo is called the Celtic cross tattoo as it has a big cross which has its own glamor. 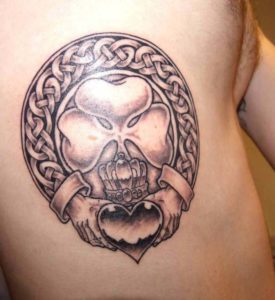 Two hands catching a heart surrounding a leafy crown is a magnificent idea for a Celtic heart tattoo. The shading done by the tattooist is appreciable as you can see that the heart looks shiny. 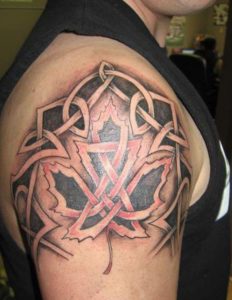 Many people love the fiery look of this tattoo. The red glaze on the outer surface shows effect. The leaf in this tattoo is a beautiful specimen. 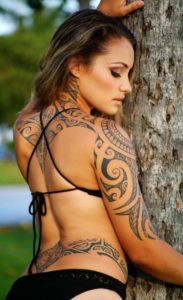 There are different designs for Celtic tattoos for women. One of the designs is given below where the designs cover the back, neck, and the arm. 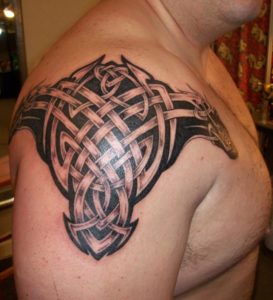 This tattoo has spiraled up horses facing and racing towards different directions. The tattoo is concise and has a good design for the shoulder part. You will need to have a massive shoulder for such tattoo designs 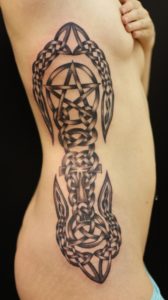 This tattoo has a metal effect. The chain is spiraled up together with a star as the central design part. 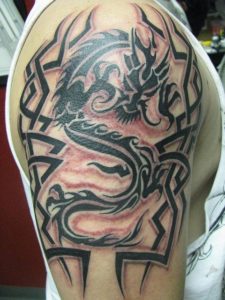 The red glaze of the mustached dragon looks incredibly impressive. The red and black combination is a good choice for this sort of tattoo.

Celtic Tattoos have been around for quite a time, and they have been modified too. They are mainly composed of black color. However, nowadays colors are also being preferred by people in angel tattoos, koi tattoos or others. Undoubtedly, these tattoos can add an X factor to your personality, provided you get them applied through expert hands!