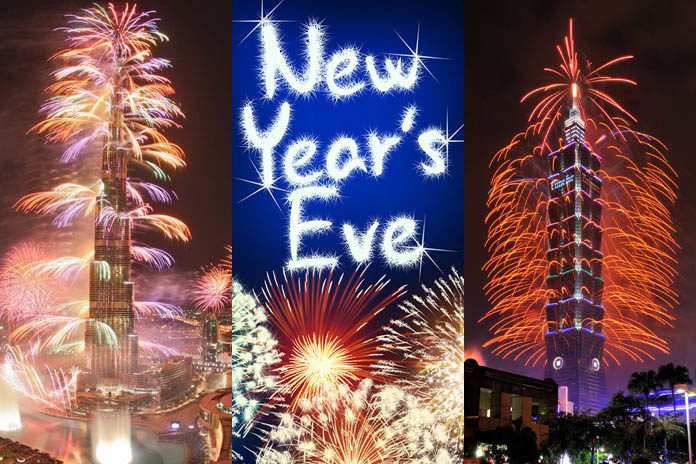 New Year Celebrations – Imagine starting your new year in a strange country, letting your hairs down, and party on the night of December 31st like never before! Once you know about the New Year celebrations around the world, you’d sure be tempted to spend the last day of the year at any of these places.

These celebrations are world famous for their extravagant and eye-popping display of fireworks, unique traditions, and millions of people welcoming a new year together. What an exhilarating feeling it must be, isn’t it?

Today we present before you 11 such places from all over the world which have gained popularity due to their novel way of celebrating the New Year’s Eve. Spending the night of December 31st at these places can prove to be a lifetime experience for you.

So, check out some of the best New year celebrations around the world and start planning in advance to welcome the new year like never before:

Celebrations in the New York City is perhaps one of the best New Year celebrations around the world. As soon as the clock strikes 11:59 the Times Square ball descends through a height of 141 ft along a special flagpole to welcome the new year.

The event has gained worldwide popularity as The Ball Drop at the Times Square. People witnessing the celebration are showered with confetti rain while couples kiss at midnight to fulfill the age-old tradition.

The most dazzling display of fireworks on New Year’s Eve happens over the Sydney Harbour Bridge and Opera House. There are two main firework displays which take place every year- the 9 pm Family Fireworks that is telecasted nationally and “the Midnight Fireworks” which is witnessed by billions around the world. It is speculated to be the most watched New Year event as musically synchronized fireworks go off in Sydney on the New Year’s Eve!

If you want to celebrate New Year’s Eve in style, Singapore is the place you cannot miss on December 31st. Although you can find breathtaking celebrations all around Singapore, you cannot compare festivities on Marina Bay. Many people consider the luxury hotel Marina Bay Sands Hotel as one of the best destinations for New Year Eve celebrations. Similarly, Mandarin Oriental in the area also organizes a mesmerizing display of fireworks on the eve of new years.

Every year the United Kingdom celebrates the new year by lighting fireworks at Coca-Cola London Eye. The whole extravaganza is now a ticketed event to ensure safety and fun for all people present here. Usually, the Mayor of London kickstarts the event by ringing the famous “bongs” of the Big Ben Clock. The firework display usually lasts for 12 minutes but become etched forever in the memories of spectators.

No list of best New Year Celebrations around the world is incomplete without including Dubai. In 2014, world’s largest firework display took place in Dubai when 479,651 shells were released in the sky during a six-minute show. There are many landmarks where you can witness the grand celebrations in the Emirates such as Palm Jumeirah, Burj Al Arab, and the tallest building in the world- Burj Khalifa. In addition to firecrackers, you can also visit famous hotels and nightclubs in Dubai if you want to celebrate the New Year’s Eve.

You’d be surprised to know that Japan is one of the first countries which started using fireworks for every celebration. Hence there is no surprise that it has some of the most memorable New Year Eve celebrations. Tokyo Bay and Tokyo Tower are the two iconic sites where people from all over the world gather to witness the mesmerizing display of fireworks. On top of it, celebrations go on for seven days in Japan beginning from December 29th and lasting till January 4th. Japanese usually eat long noodles called Toshikoshi soba to signify a healthy and long life in the new year!

If you are in Canada for the New Years, you must visit Nathan Phillips Square to welcome 2017. Every year, the largest skating and dance party in Toronto is organized here. The firework display is free for everyone, so there is a huge crowd of people around the area. There are musical shows and performances by renowned artists and DJs. While you are in Canada, you must also not forget the world-class Niagara Falls as the view of the sky there is just splendid.

What a better way to celebrate New Year than in the City of Lights itself? Right? Immerse yourself in the rich cultural heritage of the fashion capital of the world in the last week of the year. Whether it is the classic Eiffel Tower lighting or the street of Champs-Élysées, expect to be dazzled with the New Year Eve celebrations in Paris. If you are lucky, you may even get to witness the white magic because of snow during that time!

There are simply no words to describe the experience of witnessing fireworks on the tallest skyscraper of Taiwan- Taipei 101. It was notably the tallest building in the world before Burj Khalifa. During New Years Eve 2016, 30000 rounds of fireworks worth over USD $1.4 million were set off from the building.

It was the longest ever New Year’s Eve firework display on the skyscraper. However, due to environmental concern, the building may not put on a similar show this year and instead use LED lights in celebrations.

The most popular place in Brazil, Rio welcomes millions of people in late December to party all night on the Copacabana Beach. People say that nobody could forget the New Year’s Eve in Rio as people dressed in white party whole night on the December 31st.

Expect a magical night of entertainment, fireworks and unforgettable enjoyment when you are lucky enough to be on the Copacabana Beach for the New Year’s Eve.

It is called New Year’s Eve in rest of the world, but Scottish people call December 31st as Hogmanay. The Hogmanay celebrations involve several customs and traditions the most important being of “first footing” and fireball swinging in many regions. As per the first footing tradition, neighbors visit each other on the first day of the new year and the first person to enter the house must bring an assortment of items (coal, shortbread, whiskey) as gifts. The three-day festival of Edinburgh is world famous for its extravagant celebrations involving Street party, concert in the gardens, candlelit concert, and others.

However, do not be disappointed if you do not get a chance to visit these places this year. Just throw a party at your home with your closed ones! For inspiration, check out these excellent New Year Party Ideas!