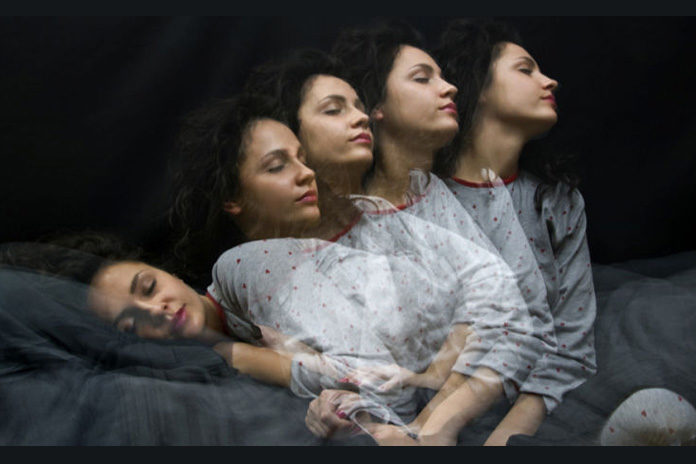 Sleep Disorders – Did you know that there are people for whom sleeping interferes with their waking life? After all, sleep is necessary to keep your body healthy and refreshed. We all know the importance of sleeping, isn’t it? However, some people suffer from rare and weird sleep disorders which make it difficult for them to sleep like normal people.

Related: How To Sleep Better?

More than these patients of sleep disorders, individuals who have to sleep with them often face more problems as at times as patients sometimes do not even remember their actions during sleep. You will be shocked to know about these bizarre sleep disorders in the world which make these people do embarrassing as well as dangerous actions in sleep:

A Complete Guide to ‘How Much Water Should I Drink a Day?

23 Best Running Tips to Help You Run Better and Faster

Don’t get fooled by the name of this syndrome as you may not become beautiful on suffering from Sleeping Beauty Syndrome. People who suffer from this syndrome, also known as Kleine-Levin Syndrome, sleep for a long period ranging from anywhere between 12 hours to 24 hours or even more than this.

During the day time also, they may show signs of cognitive impairment, excessive eating, hypersexuality, and other disorders. The worse part is there is no particular treatment for this syndrome and doctors usually give certain medications to alleviate the symptoms of the disease.

This is one of the most misunderstood and least recognized sleeping disorders, but it is a reality. A patient suffering from Sexsomnia, or sleep sex usually engages in sexual activities while in deep sleep. It is similar to sleepwalking which usually happens during Non-Rapid Eye Movement (NREM) sleep.

Interestingly, a person never remembers in the morning and completely denies engaging in such activities. This is the reason why this disorder often goes undiagnosed for a long time as people either do not know themselves they suffer from this disorder or are too ashamed to admit they are suffering from such disorder.

Imagine falling asleep at any time in the day while you are doing some important work. Does it sound funny or scary? If you see a panda which falls asleep anywhere, it might be funny and cute. However, it is scary to imagine the possibility of a person falling asleep while he is driving or carrying any other important task.

However, that is what happens with the patients of Narcolepsy which causes sudden attacks of sleep, particularly in daytime leading to drowsiness and fatigue. People suffering from such sleep attack may lose muscle control and can even experience hallucinations. Narcolepsy is a neurological disorder. It is chronic and may last for a lifetime.

You may be aware of your bad habit of binging on snacks at night which is an explanation of your unwanted gain in weight (Night Eating Syndrome). However, people suffering from Nocturnal Sleep-Related Eating Disorder (NSRED) are not even aware that they are gorging on tons of food while they are asleep.

It is often a combination of two conditions- parasomnia (Excessive sleeping syndrome) and an eating disorder. NSRED is also known as somnambulistic eating among medical health community.

This is perhaps the most familiar yet equally terrifying of all sleeping disorders as a majority of people experience it at least once in their lifetimes. You may have experienced this condition yourself when you are in sleep and can feel the surroundings of your room, but you are unable to move your body or speak anything.

In fact, various cultures have given different names to shadowy figures present in these hallucinations which seem to be sitting on top sucking air from lungs of people. These include “the shadow man,” “Incubus,” and “the old hag.”

Naturally, the experience induces extreme panic, fear, and sometimes leads to shortness of breath. The reasons of this disorder stay unknown but can often be cured by just talking to a person or touching him or her in that state.

This mysterious sleeping disorder seems straight out of creepy, horror movies where evil spirits or monsters possess a person’s body and eventually cause their death. The victims also show typical signs of moaning, screaming, mouth froth, and other scary symptoms which are commonly seen only in movies.

More strangely, this happens only when the person is sleeping during which it becomes impossible to wake him/her. No wonder, this sleeping disorder is often associated with mythological creatures, evil spirits, and other tales of superstition.

In most cases, medical cause of death is usually a type of heart failure called Ventricular Fibrillation, but the real reason remains a mystery to doctors who are unable to explain the role of sleep in such cases.

When you dream in your sleep, they are limited to your subconscious mind and only happening inside the mind. Your body is still and not moving at all. However, when people suffer from REM Sleep Behavior Disorder, they physically act out their dreams with full participation of their bodies.

Meaning if they are shouting at someone in their dream, you will see them screaming in their sleep as well. They can even punch, kick, swear, and do all other kinds of things while in sleep. Naturally, it becomes difficult and at times dangerous for the person sleeping with these people.

You may have experienced jetlag many times which happens due to interruption of the internal body clock. However, people suffering from Non-24-Hour-Sleep-Wake Syndrome have an entirely different body clock than ordinary citizens. This means they may have a cycle of 72 hours during which they sleep for 24 hours and remain awake for 48 hours.

As you can imagine, it severely affects their day to day functioning in the normal world. This sleeping disorder is very rare. However, it is commonly found in blind people. This is surprising because blind people do not have any visual clues of dark or light from their environment.

Exploding Head Syndrome usually occurs when the patient has just fallen asleep or begun to fall asleep. You may not die of this sleeping disorder or even suffer from any physical ailment. However, the sudden blasting noise like banging doors, gun shots, explosions, is enough to make you panic and anxious.

At times, people suffering from Exploding Head Syndrome also report having visual hallucinations during these sounds. These hallucinations usually contain bright flashes of light before waking up.

This is one of the rarest sleeping disorders in the world caused due to a genetic mutation. The first symptoms are usually a general difficulty in sleeping. However, this seemingly simple insomnia soon turns into dementia, loss of energy, and leads people to enact their dreams.

Eventually, there comes a stage of physical and mental impairment that victim is neither awake or asleep and just lies somewhere in between these two states. The tragic result of this disorder is usually coma and the person mostly dies from the complications instead of this illness itself.

The above sleep disorders, no matter how weird and improbable they sound, are a reality in medical science. It is very hard even to imagine the state of people who suffer from these sleeping disorders.

Do you know of any other rare and bizarre sleep disorders which affect people? Share with us in the comments below.